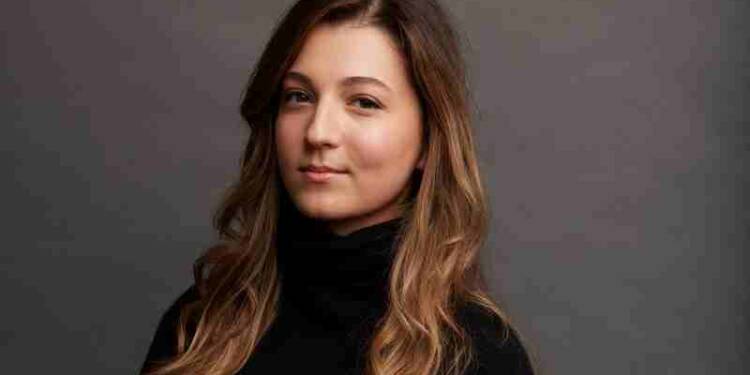 A young beautiful 22 years old Stephanie Katherine Grant is a very famous actress, director and writer in the American Film Industry. She was born on 17 August in 2000 at Kingsport, Tennessee, United state of America. Her father’s and mother’s names are Anna Yallourakis and Stephen Yallourakis. She is the founder of HarisGrant Productions, Founded in 2015 by brother-sister duo Michael & Stephanie Katherine Grant and their best movies are dominion (2016) I Kepley (2021).

Stephanie Katherine Grant joined twitter in September 2011 and she has been active on the platform since then. She has been followed by over 3k followers on twitter and she shares about her projects. She recently shared “ I’ve been working on a very special project for the past year and I am SO excited to finally share it!! In Feb 2020, I co-directed (with my brother and collaborator, Michael Grant) a short film called “Kepley” starring Elizabeth Mitchell in the title role”.

Stephanie Katherine Grant has played many outstanding roles on several shows such as Criminal Minds, Nickelodeon’s Deadtime stories, Survivor remorse as well as she played as a supporting role in the 2014 Cannes Hits, Max Rose.

As a director and writer Stephanie Katherine Grant has done some amazing short movies such as’ ‘ Dominion” screened at various film festivals, e.g LA short film festivals, cannes film festival, Orlando film festival and citizen Jane film festival. She has directed two commercial campaigns for brandy Melville and J. Lindberg under her production company ” Harish grant production” which co-founded with Michael Grant. The kepley is her another award winning short film. This is the story of a detective named Gillian Kepely.

Stephanie Katherine has held the award of Young Artist for her outstanding role in The Goldberg in 2015 and 2016. She has also been awarded for young entrepreneurs.

HarisGrant Productions, founded in 2015 by brother-sister combination Michael and Stephanie Katherine Grant, is a production firm that prioritizes creativity. In the shifting media landscape, we are filmmakers working to create original and imaginative new movies. Harris Grant is a community for filmmakers and anyone who believes in the power of film to spread love and truth.

We are constantly working to expand our portfolio with important content and to share our love of filmmaking with the rest of the entertainment industry. Dominion, a prior short film by Michael and Stephanie Katherine Grant, screened at the Calgary International Film Festival, Cannes Film Festival (Short Corner), LA Shorts Film Festival, Orlando Film Festival, and Citizen Jane Film Festival, among other festivals.

Two commercial fashion campaigns for Brandy Melville and J. Crew were directed by them in 2018. Lindeberg is represented by HarisGrant Productions. Kepley, a neo-noir thriller starring EMMY nominee Elizabeth Mitchell and Aaron Stanford, is now in post-production.

Best Happy Soul Quotes to fill your day with positivity