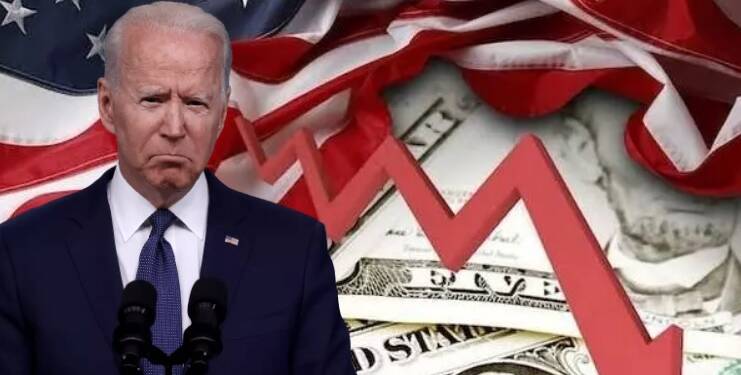 Inflation is a topic of intense debate in the milieu of economics. Some experts consider it bad for economic growth because it places a “tax on the poor” while some consider it good because it shows a good “demand in the economy”. But the economists do have a clear consensus on something called – stagflation – a situation in which the inflation rate is high and the economic growth rate goes slow. All economists will agree that stagflation is bad for the economy because if stagflation dooms in, the income of the people declines while the price of basic commodities such as food and fuel goes up.

The Western world, and most importantly the United States, had tried hard to re-inflate its economy since the 1980s when supply-side economic policies resulted in the death of inflation.

However, inflation registered a ‘secular decline since the 1980s and overall inflation remained below 5% even when the prices of basic commodities such as petroleum and food rose since the economic growth remained robust when adjusted for inflation. The Biden administration has been successful in bringing the unwanted era of Stagflation with low growth and high inflation into states.

Under the Biden administration, the consumption of food and fuel is declining when adjusted for inflation because the real economic growth (adjusted for inflation) is negative. And although this is happening under the Biden administration, he is not the only one to blame upon. The successive presidents in the last few decades – from Bill Clinton to Barack Obama – have taken policy initiatives that have structurally weakened the American economy.

Donald Trump administration took steps to “Make America Great Again”, but was voted out too soon. To Trump’s credit, he has been raising concerns regarding losing “manufacturing jobs” to China since the 1990s, but the liberal consensus was too strong to heed Trump’s warnings.


Since George Bush ascended to power in 2000, the United States has developed a fascination to enter into the quagmire of debt. Today with more than 30 trillion dollars of government debt, the United States is living under the shadow of China because a majority of the US government debt is held as Chinese foreign exchange reserves. On any given day, the Chinese Communist Party can decide to sell the dollars receipts it holds and crash the American currency.

Read more: 50 reasons why Donald Trump is coming back to power

Back in 2006, Donald Trump co-authored Why We Want You to Be Rich: Two Men, One Message with the best-selling author of Rich Dad, Poor Dad Robert Kiyosaki. The book confers about the American economic problems including the middle-class squeeze, economic globalization, and the national debt of the United States. It was an instant best-seller, but the economists who advised the American government called it “unimpressive”. They cast aside Trump as a “non-expert” and continued the economic policies that today force the American people to live under the shadow of Chinese dominance.

The American economy is today at its weakest. During the Cold war, the Soviet Union threatened America’s military dominance but never came even closer in terms of economic competition. It should be noted that economically America was more threatened by Japan than by the Soviet Union.

On the other hand, China purges ahead to overtake the American economy by 2026. On another note, China is emerging as a global leader in technologies of the future like – Artificial Intelligence, Green Energy, 5G, and so on.

The American economy is in dire need of a fundamental reconstruction, if not, the country is set to doom. And taking heed from his policy initiatives, Biden looks like the last person on earth to carry out fundamental restructuring given his ‘Washington establishment’ credentials.