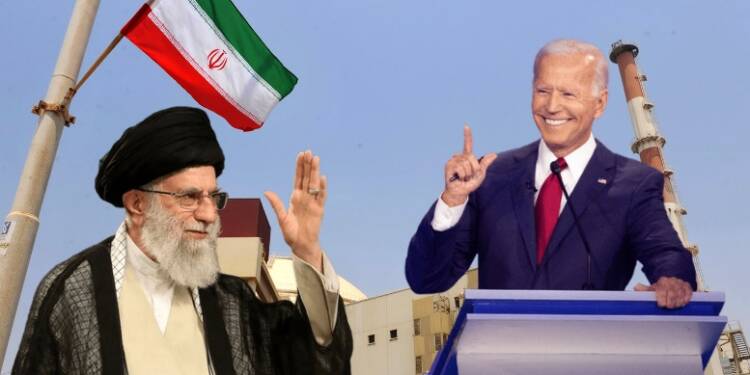 The Biden administration has taken it upon itself to make the world a worse place. Using the influence of the US machinery world over, Joe Biden is taking one bad decision after another and hastening the demise of a once all-powerful United States, by emboldening its systemic rivals. After fluctuating between placating Iran and then playing hardball, Biden has given the perfect barter to Iran.

While one would expect Washington would receive an equivalent exchange, in reality, Biden has just capitulated in front of Tehran for exclaiming symbolic victory. As indirect American-Iranian talks on restoring the 2015 international nuclear deal with Tehran enter the last stretch, President Joe Biden’s administration restored sanctions waivers to Iran to allow international nuclear cooperation projects.

How it will help Iran?

The waivers had permitted Russian, Chinese, and European corporations to conduct non-proliferation work, essentially making it more difficult for Iran to use nuclear sites for weapons development. The waivers were revoked by the US in 2019 and 2020 as a result of US President Donald Trump’s withdrawal from the nuclear accord.

The goal of the indirect negotiations is for the US to return to the accord and for Iran to restart compliance. Former President Barack Obama reached the accord, and Biden has promised to attempt to bring the United States back to it.

Also read: Biden is reviving the Iran-Qatar bloc to reignite tensions in the Middle East

The State Department has sent a report to Congress, signed by Secretary of State Antony Blinken, explaining that restoring the waivers will aid talks in Vienna on returning to the agreement reached between Iran and a group of countries that includes China, France, Germany, Russia, the United Kingdom, and the United States. The Joint Comprehensive Plan of Action is the formal name of the agreement (JCPOA).

Why is it flawed?

“The waiver with respect to these activities is designed to facilitate discussions that would help to close a deal on a mutual return to full implementation of the JCPOA and lay the groundwork for Iran’s return to the performance of its JCPOA commitments,” according to the report, a copy of which seen by Reuters.

“It is also designed to serve U.S. non-proliferation and nuclear safety interests and constrain Iran’s nuclear activities. It is being issued as a matter of policy discretion with these objectives in mind, and not pursuant to a commitment or as part of a quid pro quo,” the report added.

The fact that the Biden administration has not asked for any barter and denied Quid pro quo (favour for a favour), means that Joe Biden has capitulated to the persistent demands of the Iranian side. While this may seem a small favour to some, the fact that such significant leverage has been lifted just in the expectation that Iran will comply with all the norms and won’t further its nuclear technology is childish at best and suicidal at worst.

Recently, a group of House lawmakers had requested President Biden to focus on Iran’s ballistic-missile capabilities as Washington seeks to negotiate a return to the 2015 nuclear deal. They cautioned the administration in a recent letter to the president, as reported by National Review, that it had failed to respond appropriately to a slew of recent breakthroughs in Iran’s missile programme.

Representative Joe Wilson, the chairman of the Republican Study Committee’s national-security task group, spearheaded the letter, which highlights the testing of satellite launch vehicles using new technology as a specific source of worry. However, all these cautionary warnings have fallen on literally deaf ears, given the Biden administration’s recent action showcases its official approval of Iran’s nuclear program.