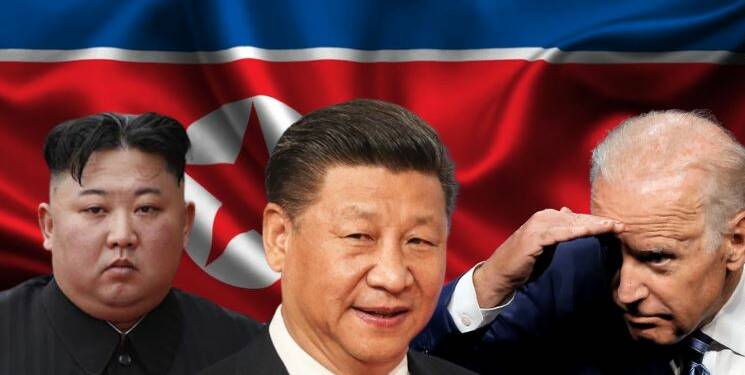 In 2016, China’s state-backed People’s daily called North Korea an “increasing threat” to its national security. The online commentary compared the Korean peninsula’s instability to political turmoil in Syria and blamed the Kim Jong-un dictatorship for jeopardizing the regional stability.

From being a threat to China to being an asset; what changed?

Six years down the line, today China calls North Korea its biggest asset in the geopolitical arena. Today, North Korea has developed more lethal weapons than those of the 2010s. The country today holds more potential to spur destabilisation into the region by virtue of the weapons of mass destruction. So, what exactly makes North Korea an asset for China in 2022?

North Korea shocked the world by test-firing seven rockets last month. It wasn’t for celebrating the first anniversary of Joe Biden’s presidency. It was an alarming message; for South Korea; for Japan; and the United States. It was a signal of North Korea’s frustration with Joe Biden’s foreign policy of ignorance. Kim wanted attention; that Biden won’t give him without his bold portrayal of nuclear weapons. It was an indication that North Korea doesn’t approve Biden’s North Korea policy.

What is Biden’s North Korea policy? It stems from the Obama-era policy of “strategic patience.” Washington today pursues CVID (complete, verifiable and irreversible dismantlement) approach to materialize its denuclearisation ambitions. But it’s not pragmatic.

Kim will never accept this deal. He won’t let his nuclear weapons to go like this. Unsurprisingly, this policy has failed. And Biden’s ‘CVID or no-talk’ policy has yielded good results for no one, except China. CVID helps the US isolate North Korea on the world stage, paving way for China to tighten its grip over the nuclear nation.

Tensions between North Korea and China

Make no mistake, North Korea isn’t fond of China or the Communist Party of China. China has a notorious past of leaving the DPRK in the lurch in times of crisis. China-North Korea bilateral trade slid dramatically last year, while North Korea’s fragile medical infrastructure struggled to keep the Pandemic at bay.

Similarly, North Korea had faced acute food shortages last May when China reined in the bilateral trade ties. Last year, Asia Times had reported that people in North Korea were hoping China to alleviate their country’s food crisis, but China only acted to abandon them and pit them against South Korea and the US.

Read More: North Korea boycotts China Olympics and blames the US for it

Over-reliance on China has brought North Korea nothing but disaster and starvation. Last January, Kim also talked about doing away with communism and introducing economic reforms to stave off the economic crisis. He had said that “solving North Korea’s economic problems would be possible only after “breaking with current wrong ideological viewpoint, irresponsible working attitude, incompetence and obsolete working manner.”

North Korea has always remained a staunch Communist nation, and Kim’s rule isn’t any exception. His remarks, however, suggested his clear intent to break away from traditional Communism. So, Kim doesn’t want his nation to become a mere strategic asset for China; instead, he wants to expand his nation’s relations with Russia and Japan to build North Korea’s devastated economy.

But Biden’s ‘CVID or no-talk’ policy always emerges as a spoilsport. Understandably, Kim won’t risk his nuclear weapons—his only leverage against the US, Japan and Korea—to publicly break up with China and embrace other neighbours.

What is the solution to this stalemate?

The partnership between North Korea and China is not rock-solid. It contains rifts, and they are quite visible. The US and other nations should capitalize on these differences to tame North Korea. It’s time for the world to accept a nuclear North Korea, and embrace its administration to build its economy, which would bring development and stability to the region.

Once North Korea’s over-reliance on China is broken, the nation won’t let China use itself as a mere pawn in its big geopolitical adventures. It’s the time to be pragmatic and not repeat the same mistakes that have led us to nowhere.