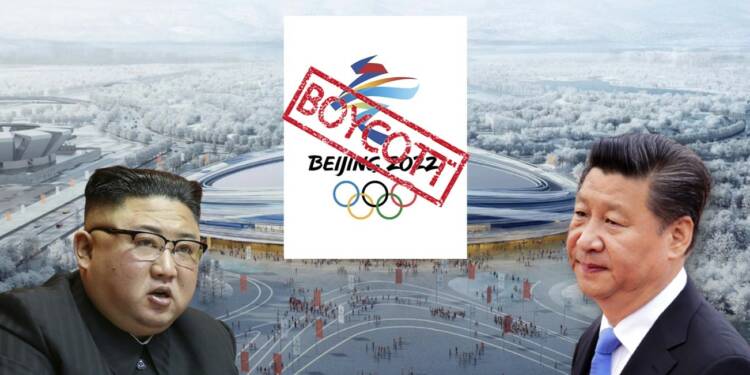 Chinese President Xi Jinping had expected North Korea to send its athletes to participate in the upcoming Beijing Winter Olympics. Kim Jong-un, however, has now sent him a consoling letter. The letter says that North Korea won’t attend the Winter Olympics. Although this shocker was enough to humiliate the Chinese president, Kim Jong-un did not end it here. North Korea very carefully shot this gun off the US’ shoulders. The country blamed “hostile forces” for not being able to attend the event, including the US and its allies.

The letter sent by North Korea’s sports ministry read, “The U.S. and its vassal forces are getting evermore undisguised in their moves against China aimed at preventing the successful opening of the Olympics.” The letter also called the moves “an insult to the spirit of the international Olympic Charter and as a base act of attempting to disgrace the international image of China.” DPRK is blaming the US for jeopardizing the games, even though its own athletes are not participating either!

Make no mistake; Democratic People’s Republic of Korea was banned from attending Beijing Winter Olympics last year following the country’s decision to not attend Tokyo Olympics. However, qualifying North Korean athletes could still have participated in their individual capacity. Given the diplomatic boycott by the US and its allies looming larger over Beijing Olympics, North Korea’s participation could have provided China with an opportunity for power projection. But it looks like Kim Jong-un doesn’t want to be viewed as an ally of China on the world stage.

China has a notorious past of leaving DPRK in the lurch in times of crisis. China-North Korea trade slid dramatically last year, while North Korea’s fragile medical infrastructure struggled to keep the Pandemic at bay.

Similarly, North Korea had faced acute food shortages last May when China reined in the bilateral trade ties. Last year, Asia Times had reported that people in North Korea were hoping China to alleviate their country’s food crisis, but China only acted to abandon them and pit them against South Korea and the US.

How over-reliance on China proved fatal for North Korea

Over-reliance on China has brought North Korea nothing but disaster and starvation. Last January, Kim also talked about doing away with communism and introducing economic reforms to stave off the economic crisis. He had said that “solving North Korea’s economic problems would be possible only after “breaking with current wrong ideological viewpoint, irresponsible working attitude, incompetence and obsolete working manner.”

North Korea has always remained a staunch Communist nation, and Kim’s rule isn’t any exception. His remarks, however, suggested his clear intent to break away from traditional Communism.

After withdrawing from the Beijing Winter Olympics, North Korea has joined the ranks of nations like Japan, Australia, New Zealand, and the US that have already announced a diplomatic boycott of the event. China’s economic crisis has made the communist nation a pariah of the world.

So, even its dearest allies are now humiliating it without even blinking an eye. China’s deep pockets kept North Korea away from brushing off its overreliance on China so far; however, the rocket man has now decided to teach Jinping a lesson of his life.