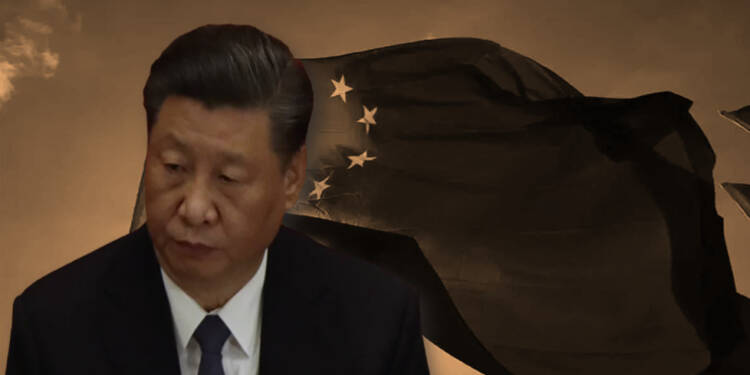 The Chinese Communist Party is a divided house, and not many are delighted with how Xi Jinping is leading the country. First the pandemic, then an expansionist approach, followed by an industrial catastrophe. CCP stands bisected, and Xi Jinping’s vulnerability is a hint about the looming dark days ahead. While the pandemic is ripping the nation apart, Xi Jinping still hasn’t given up his witch hunt of big firms, whom he considers to be possible challengers to his hold on power. However, these actions are turning out to be a bad omen for not only Xi Jinping, but also for the future of Communist Party in China.

According to Roger Garside, author of “China Coup,” a group of Chinese officials may organize an internal coup against Chinese President Xi Jinping and transform China into a democratic government system. This could have been taken to be impractical a couple of years ago, but seeing how things are transpiring in China, it won’t bring any surprise if a change starts happening by the end of this year. That is around the time of the 20th Party Congress.

“China’s political system is mortally ill. Only a transplant can preserve the political body, and competitive democracy is the only other system available,” Garside, a former ambassador, told Epoch TV on Jan. 31. Garside, who worked in the British Embassy in Beijing twice, claims that high-ranking CCP leaders, including Premier Li Keqiang, fear Xi is leading China in a “very unsafe and dangerous” route, endangering their money and power as well as the CCP’s future. This, he claims, is why they are plotting to assassinate the Chinese president. The author went on to describe certain signs of the CCP’s vulnerability that could lead to a takeover.

According to the former ambassador, such a coup would most likely lead China’s transition to democracy since officials recognize that the communist system is no longer functional and that constitutional democracy is the best option. Given all the problems that Xi Jinping has brought to China, getting rid of him will be a viable solution to amend the distorted authoritarian regime.

A COMPROMISED ECONOMY IS AN OPEN INVITATION TO PROBLEMS

Xi Jinping has single handedly brought the economy of China on its knees. Recently, Xi had made “common prosperity” the main objective of his economic policy. He was cracking down on businesses and trying hard to ramp up State intervention in the private sector. Xi had a simple agenda- he wouldn’t let rich entrepreneurs live with peace. The Chinese President wanted to achieve Chairman Mao’s vision of equality, even if it resorted to making everyone equally poor in China. This led to Chinese tech billionaires losing billions of dollars and the country saw over 4 million small-scale firms disappearing from China last year. While people were losing jobs, and businesses plummeting, Xi was just keen on holding onto power.

A perfect storm is gathering for the Chinese economy with three main factors- contracting demand, supply shocks and weakening expectations. The real estate crisis in China has taken down construction activity that used to be the driving force of Chinese economic growth. Moreover, recurrent COVID-19 outbreaks, power sector crisis and jamming of ports has created supply chain difficulties. It is simply becoming way too tough for Chinese businesses to operate in such circumstances. While Xi Jinping is prioritizing his well being at the expense of the Chinese people, the contending factions in the Communist Party are getting ready to take a leap for the perfect opportunity. In regards to the question on whether a coup could take place before the National Party Congress, the author said that this could happen if a series of internal and external pressures coincide to create an opportune moment. The 20th Party Congress provides the best opportunity, as it is when Xi Jinping will be at his most vulnerable.

All these factors coupled with the increasing domestic resentment against the government’s policies provide the perfect situation for Xi Jinping’s contenders to unseat him. And to gain popular support, a transition to a democratic setup is the best case scenario.