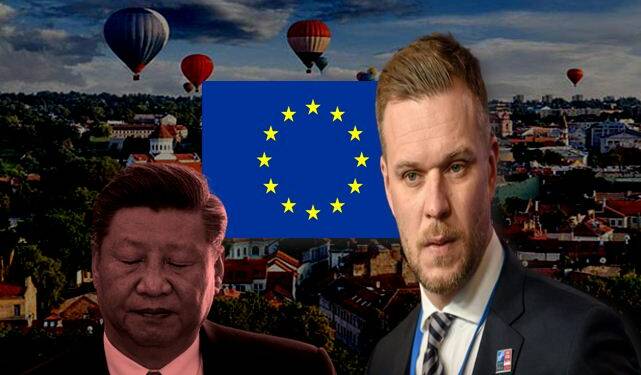 China has shot itself in the foot by launching a trade war against pint-sized Lithuania. The European Union is already squaring a big deal out of it. The EU minding the development has finally dragged China to the World Trade Organization (WTO) and filed a legal dispute against the communist nation.

This also sets the right opportunity for nations like Australia and the UK to try their hand on China. These two nations unconditionally joined the EU’s legal dispute against China to make matters worse for the Jinping regime.

But sadly, the worst is yet to come for the Chinese President. And the reason is Lithuania’s newly launched charm offensive against the CCP. Lithuania’s foreign minister Gabrielius Landsbergis recently visited Singapore and Australia to court their support against Chinese hegemony.

On Monday, the Lithuanian foreign minister arrived in Singapore, where he described the city-state as Lithuania’s gateway to the entire Southeast Asian region. Last November, Lithuania had announced its plans of opening a Lithuanian embassy in Singapore to strengthen bilateral relations.

Gabrielius told the press that “Lithuania considers Singapore as a reliable gateway to other Southeast Asian markets.” The minister further said, “Singapore is already an important partner of Lithuania in Asia. In the future, we wish to develop our relations even further, especially in the fields of science and high technology.”

Lithuania wants to shift its supply chains out of China, and Singapore is looking more than willing to lend the tiny Baltic nation a helping hand.

Australia throws its weight behind Lithuania

Australian foreign minister Marise Payne told her Lithuanian counterpart, “I think we are sending the strongest possible message about our rejection of coercion and our rejection of authoritarianism.”

This came after Australia announced last week that it will seek to get included in consultations over a trade dispute between the European Union (EU) and China.

In a statement, Minister Dan Tehan said, “Australia has a substantial interest in the issues raised in the dispute brought by the European Union against China and will request to join these consultations.” He added, “Australia opposes the use of economic coercion and discriminatory and restrictive trade practices which undermine the rules-based international trading system and cause economic harm.”

China bracing for tougher days ahead

China is being bruised left, right and centre after it unilaterally downgraded diplomatic ties with Lithuania and pressured multinationals to sever links with the Baltic nation. Furthermore, China has stopped clearing Lithuanian goods through Chinese Customs. It has been rejecting import applications from Lithuania and is also pressuring European firms to remove Lithuanian content from supply chains when exporting to China.

Albeit the Biden administration pushing Lithuania to adhere to the so-called One-China policy, nations like France, Australia and Singapore are stoutly expressing their support for the Baltic nation.

Lithuania is not alone; the nation is looking squarely into China’s eyes and looks determined to make China taste its own medicine in the coming days.