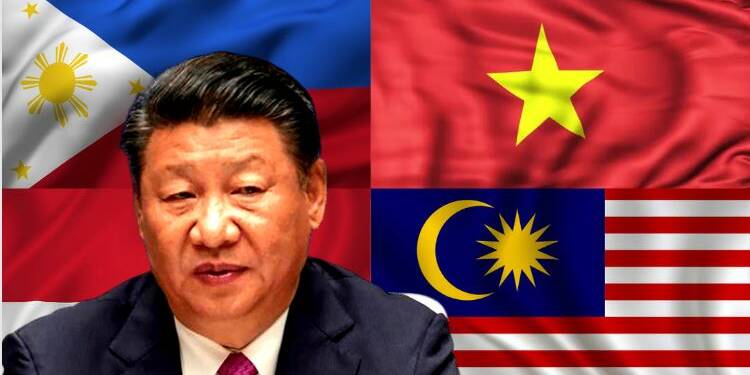 As if one Quad was not enough to give China night terrors, another Quad is in making in the Indo-Pacific region. Four China-hawk powers of the Southeast Asian region have now decided to join hands to bring an end to China’s grey-zone tactics.

The four nations are the Philippines, Vietnam, Indonesia and Malaysia. These states have been most at threat from China’s illegal maritime claims for the past 15 years. China considers the South China Sea its hunting ground with least regard to the Law of the Sea (UNCLOS).

China practices Illegal, unreported and unregulated fishing in the waters of these countries. Aerial and naval incursions by Chinese aircraft and vessels are commonplace now. Being an economic powerhouse, China has never paid heed to the concerns of these small nations.

A ‘mini quad’ in the South China Sea region

But now these nations are turning this crisis into a major opportunity. The four nations are now forming a mini quad in the region to collectively develop, with greater capacity-building and regulatory support from the Quad states, a UNCLOS based, non-military means of pushing back against China’s bullying.

In 2014, an agreement on overlapping EEZs in the Celebes Sea was signed by Indonesia and the Philippines. Now, Vietnam and Malaysia are planning to sign a memorandum of understanding (MoU) on maritime security cooperation to address the menace of illegal Vietnamese fishing in Malaysian waters.

Meanwhile, Vietnam and Indonesia are also continuing negotiations to establish provisional boundaries in overlapping areas of their claimed EEZs in the North Natuna Sea. Last December, the two nations signed an MoU pledging improved cooperation on maritime security and safety.

Focusing on ‘the elephant in the room’

China’s aggression has forced these small nations to cooperate on bilateral disputes and focus on the elephant in the room, which is China. China has so far capitalized upon their bilateral differences to shove its own version of the code of conduct in the South China Sea down their throats. 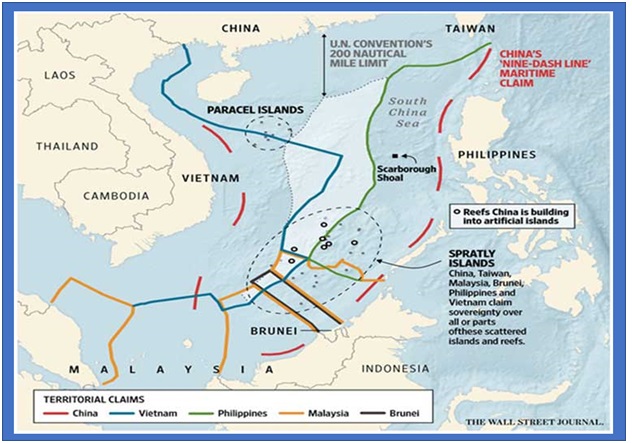 The bilateral disputes among its member-states were the major reason why ASEAN could never make a joint front to stand up to China’s bullying. But now, these countries are realizing the need to solve their bilateral dispute to not let China toss around the law of the sea in their backyard.

Read More: Vietnam is all geared up to give China a bloody nose over the Spratly Islands should Jinping try any mischief

China has, for years, engaged in grey zone warfare against tiny nations of Southeast Asia. Grey Zone warfare is a strategy where China seeks to escalate tensions with its adversary to the highest level but avoids imposing a full-blown war. Under its grey zone tactics, China uses online propaganda, cyberbullying, political interference and other non-conventional aggressive ways of launching a covert war on its opponents.

With “grey zone” warfare, we are moving into an era of long periods of military tensions and no power can afford to get caught napping. It might seem as if the intensity of warfare is dying down, but in reality, such warfare might lead to greater human and financial costs because there will be long periods of no war, no peace conflicts during which military forces will be engaged.

Read More: China has been engaging in ‘grey zone’ warfare for years. Now Australia and India are ready to strike back

Now, the Philippines, Vietnam, Indonesia and Malaysia are waking up to the China threat to safeguard their sovereignty and borders. They are also looking to develop closer ties with the Quad nations—India, Japan, Australia and the US—to have better coordination among all anti-China powers of the region.

China’s economy is already at its weakest, and its “wolf-warrior diplomacy” is also back-firing quite miserably. So, it is payback time for China now. China’s deep pockets kept these countries quiet for all these years despite vehement suppression of their marine and legal rights. But now, they are waking up; and getting ready to turn China’s South China Sea ambitions into its biggest nightmare.