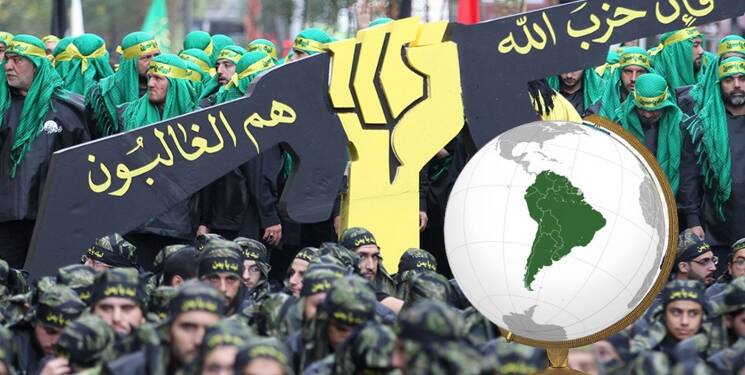 If one tries to summarise the entire turn of events over the course of a year or two, the United States’ decline from unipolar world leader to something of a lower status becomes clear. Because the US is in such bad shape geopolitically under Joe Biden, countries like Iran and Venezuela are rejecting US sanctions and banding together to negotiate an oil export pact.

When a former Israeli diplomat was the subject of an assassination attempt in Colombia in November, questions about Hezbollah’s involvement in the region resurfaced. Israel’s intelligence agency Mossad attributed the endeavour to Hezbollah in a government report. It was part of a scheme to kill “a few of high-profile foreigners,” including US officials, according to the report.

Bogata is concerned about Hezbollah’s influence in neighbouring nations, especially Venezuela, where the group is alleged to have close ties to the regime. Terrorism and drug trafficking are linked to the group’s ties to the Chavista “leader.” Colombia has stepped up its anti-Iran rhetoric and cracked down on Hezbollah operatives in order to combat the Iran-backed force. Iran is an “enemy” for both Israel and Colombia, according to Defense Minister Diego Molano.

The increasing presence of Hezbollah in the South American continent

Hezbollah’s presence in Colombia and South America as a whole is a consistently developing phenomenon, and its importance to the US and Israeli national security interests has long been contested. During Colombian President Ivan Duque’s state visit to Jerusalem in November, Israeli President Isaac Herzog was one of the leaders who expressed concern. According to reports, Duque and Bennett discussed the idea of working together on mutual security issues, particularly the Iranian threat.

Terrorists and groups with political and financial interests in the region, such as Delnoosh and Varamin, a corporation owned by the Iranian Ministry of Defense and Armed Forces Logistics, continue to have a safe haven in Venezuela (MODAFL). The corporation was sanctioned by the US for its claimed involvement in ballistic missile development. Caracas and Tehran will sign a 20-year collaboration deal to deepen cooperation when the UN arms embargo on Iran expires. Exports of a variety of military equipment could be part of this contract.

In the region, Hezbollah has always represented a terrorist threat. The bombings of the Israeli embassy in Buenos Aires in 1992 and the AMIA bombing in 1994 are examples of the group’s activities. They killed 114 people and injured hundreds more in total. Despite evidence that Hezbollah was involved, no one has been held responsible.

Colombia as the bulwark against Chinese designs in the region

Earlier Colombia had asked Japan to join the Pacific Alliance – In the past couple of decades, the economic heft of China has increased in direct proportion to its expanding geopolitical influence over larger geographies, be it Africa, or even South America. As per a September 24 report, an investigative feature published by the Associated Press (AP) and the Univisión network, revealed that Chinese ships are increasing their presence in the Pacific waters off the coast of South America, with practices that raise alarms about illegal, unreported, and unregulated (IUU) fishing.

The Vice President of Colombia has asked Japan to join the Pacific Alliance, four Latin American countries led trade block that aims at expanding exports to Asia. This comes after Japan has been consistently building up its alliance with these Latin American countries be it Shinzo Abe or Yoshihide Suga or else the current Prime Minister Fumio Kishida.

Another assassination attempt by Iran-backed Hezbollah on US or Israeli officials and people is possible. The conditions for a similar attack to the AMIA bombing are also present on the chessboard. As a reminder, Hezbollah is becoming increasingly concerned as it perceives other factions attempting to isolate it.