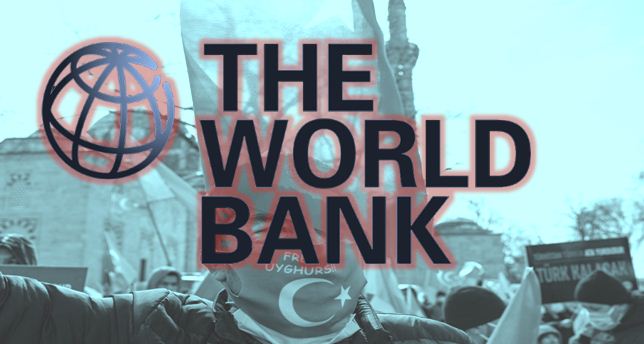 Don’t blame just China for executing the Genocide against Uyghur Muslims in its Xinjiang province. A shocking report recently revealed that even the World Bank could also be involved in funding all those companies that help the Chinese government enslave poor Uyghurs.

The International Finance Corporation, which operates under the World Bank Group, has been accused of providing hundreds of millions of dollars in loans to companies that may be relying on forced labour from Uyghur and other ethnic minority groups in China’s western Xinjiang region.

The report, titled “Financing and Genocide: Development Finance and the Crisis in the Uyghur Region,” unveils close links between Chinese companies operating in Xinjiang, and presents evidence IFC has loaned money to four Chinese companies that have been linked to forced labour and land expropriation in the region.

The report also revealed that the World Bank must have breached its policies in a bid to help Jinping’s oppressive policies come to fruition. As per the IFC’s own internal guidelines — known as its Performance Standards — the World Bank function entirely to “prevent IFC from financing projects that will have adverse environmental and social impacts that jeopardize [its] development aims.” The World Bank appeared doing the exact opposite of what it preaches in its policies.

“I think it’s clear that the IFC needs to divest from all their investments in the Uyghur region,” Laura Murphy, a professor in Human Rights and Contemporary Slavery at Sheffield Hallam University, was quoted as saying by CNN. She also added that it is “incumbent on the IFC based on their standards that they ensure that their clients are not involved in forced labour.”

The US State Department has estimated that since 2017 up to two million members of religious and ethnic minorities have been imprisoned in a shadowy network of internment camps. However, international groups like the UN and the World Bank have always been accused of toeing China’s line on sensitive issues, a bid to whitewash China’s tyranny.

Frankly speaking, we are hardly surprised by this development. The World Bank is in bed with China for decades now and has also been previously accused of preferring Chinese interests over anything. The World Bank last year was also forced to withdraw its Ease of Doing Business (EODB) report after major irregularities were found in it.

It is now contingent upon the free and democratic world to straighten out all international bodies which have been compromised by Chinese largesse. Chinese influence over international organisations needs to be specifically targeted and weeded out for the betterment of all.