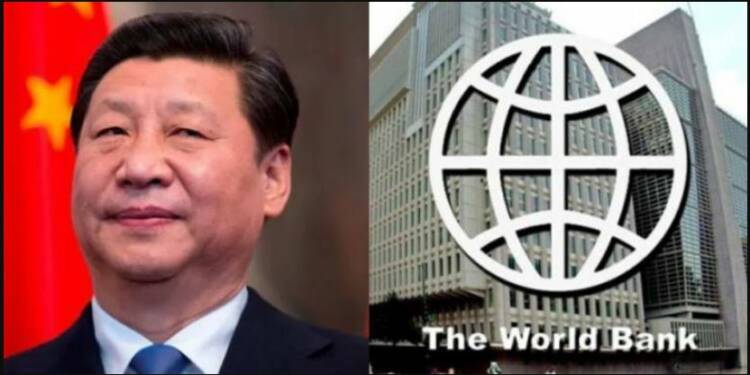 China has been manipulating its ‘Ease of Doing Business’ rankings by using its stooges in institutions like the World Bank and International Monetary Fund. Now, the cat has slipped out of the bag. The World Bank said on Thursday, September 16, that it ended its Ease of Doing Business (EODB) report after major irregularities were found in it. The report, prepared by law firm WilmerHale at the request of the World Bank’s ethics committee, raises concerns about China’s influence at the World Bank. The WilmerHale report cited “direct and indirect pressure” from senior staff of then-World Bank President Jim Yong Kim’s office to change the report’s methodology to boost China’s score, and said it likely occurred at his direction.

Originally, China’s score stood at 64.5 and it ranked 85 in the Ease of Doing Business list. Thereafter, out of nowhere, China ended up securing a rank of 78 in the 2018 Ease of Doing Business list with a score of 65.3. This happened after China put pressure on the World Bank’s leadership to pump up the red rogue country’s score and rankings. The WilmerHale report found that the World Bank’s then-Chief Executive Kristalina Georgieva and a key adviser, Simeon Djankov, had pressured staff to “make specific changes to China’s data points” and boost its ranking at a time when the bank was seeking China’s support for a big capital increase. Georgieva served as chief executive officer of the World Bank prior to moving to head the IMF.

This has not been the first time that international financial institutions such as the World Bank or the International Monetary Fund (IMF) have been questioned on their credibility in regards to their dealings with China. It indeed, however, is the first time that the World Bank has been found guilty of favouring China in exchange for financial favours from Beijing. The recent expose has laid bare two glaring facts before the world.

The authoritarian government in China has been sending false and compromised data to the World Bank in order to paint a rosy picture for itself, and manipulate the Ease of Doing Business rankings so as to attract a large number of investors to the mainland. However, that it took so long for the World Bank to realise the same shows just how heavily the CCP has penetrated international organisations and bodies.

The increasing Chinese presence in the IMF and World Bank over the past decade has led Beijing to fool the World Bank in regards to the ‘Ease of doing business’ rankings. Beijing with its false data has conned the world bank and has painted a flourishing image of China’s economy to provide the people’s Republic of China worth billions of dollars of aid.

China also exercises tremendous influence over the World Health Organisation (WHO), which has led to Beijing being given a long rope by the premier health body. China has avoided official condemnation for playing a role in the spread of the novel Coronavirus, largely due to its influence over the WHO.

Volatility is always greater in dictatorships because you never know what a market-illiterate dictator like Xi Jinping at the helm of affairs would do next. This is exactly what is hurting China. There is simply too much volatility in the Chinese stock market. Every time the Chinese President uses his regulatory authorities to crack down on entrepreneurs like Alibaba founder Jack Ma or instigates an absolute carnage against a particular sector, the investors and stock traders get rattled and escape with their money.

This ends up having catastrophic consequences for the Chinese economy, which has already been battered by the Covid-19 pandemic and a global disruption in the supply chains. Inflows into China through the stock connect scheme, which links Hong Kong with Chinese mainland stock exchanges and makes up around 70% of the foreign portfolio flows has slumped in June and July.

The CCP has, since November last year, initiated an all-pervasive crackdown, beginning with the Tech sector and most recently, targeting the country’s super-rich – who are now committing billions towards Xi Jinping’s “common prosperity” goals. What the Chinese president has created is an inhumane Chinese regime that oppresses ordinary Chinese citizens, businesses, celebrities and billionaires. Owing to the rise of authoritarianism in China, investors are fleeing, capital is evaporating and industries are finding it increasingly difficult to conduct business.

China’s economic numbers are a farce. The last thing which anybody should trust is Chinese statistics. So, China is forced to fudge its economic numbers, with the help of institutions like the World Bank and IMF.

It is now contingent upon the free and democratic world order to straighten out all international bodies which have been compromised by Chinese largesse. Chinese influence needs to be specifically targeted and weeded out of all international organisations.