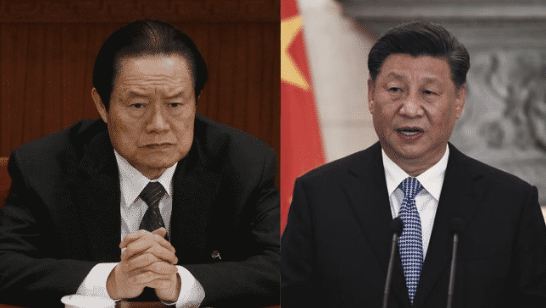 Xi Jinping is an insecure little despot. And who is a despot? A despot is a ruler who holds absolute power, typically one who exercises it in a cruel and oppressive way. A despot is usually seen as a dictator. And in China, what the people suffer from is a Communist despot who is always insecure. The insecurity of CCP General Secretary Xi Jinping stems from the realisation that his regime is heavily disliked, and that he is himself seen as an oppressive leader who wants to remain in power for as long as he is alive. So, in Jinping’s China, great grand purges have become a regular affair.

In the latest purge, China’s top public security agency has declared that the remaining forces of several former high-ranking Chinese Communist Party members loyal to leaders other than Xi Jinping must be rooted out. As per the Epoch Times, the list of “black sheep” includes then-top politicians from Xi’s rival faction that was led by former leader Jiang Zemin. Chinese officials added that despite the fact that “big tigers” were already in jails, their subordinates who remain free could not be trusted.

Zhou Yongkang, at the top of the list, is China’s former security chief. Zhou is a known loyalist of Jiang Zemin’s faction. While still in charge, Zhou controlled police forces, spy agencies, judicial systems, and prosecution institutions across the country. US-based China affairs commentator Li Linyi told The Epoch Times that the remnants of Zhou’s power have not been fully expelled in the past seven years since his downfall. The “level by level” purge takes effort, he said. “Not only those who are promoted [by Jiang], but also their subordinates need to be excluded.”

From February to July in 2021, China’s Political and Legal Affairs Commission caught and punished nearly 180,000 judicial and law enforcement officers, the organ reported in late August. A second campaign launched in mid-August, also known as “education rectification,” will last for another three months. It seems the latest campaign to weed out “black sheep” comes as a part of the same “education rectification” programme launched by a rattled Xi Jinping.

Make no mistake, Xi Jinping has ensured that all those individuals who posed a real challenge to his authority are purged and put behind bars on good days, and into the ground on bad ones. Now, Jinping has shifted focus to weeding out the underdog rebels who if left unattended, could topple his very regime from within the CCP. Such a proposition of being thrown out of power by people he could have dealt with, but chose not to must have given Jinping many sleepless nights. So, the CCP is once again cleansing itself of all Jinping-detractors and their subordinates.

It seems Jinping is acting on some specific intel this time around. On September 1, the CCP General Secretary asked young communist regime cadres to be “brave to fight” the enemies and be loyal to the communist leadership at the Central Party School in Beijing. A day later, China’s top anti-corruption organ said on its official website that certain “interest groups” seek to seize state power.

An Admission of Guilt

Can you really blame certain sections of the CCP for trying to revolt against Xi Jinping? What the Chinese president has created is an inhumane Chinese regime that oppresses ordinary Chinese citizens, businesses, celebrities and billionaires. There is absolutely no section of the Chinese populace which is happy with the rule of Xi Jinping. In such an atmosphere, rebellions are bound to take place.

No matter how oppressed people are, they simply cannot sit back and mutely spectate as the government runs all over them, destroys their livelihoods, sinks a decent economy, makes the conduct of business extremely difficult and begins a wide-ranging crackdown on leisure activities. The CCP has, since November last year, initiated an all-pervasive crackdown, beginning with the Tech sector and most recently, targeting the country’s super-rich – who are now committing billions towards Xi Jinping’s “common prosperity” goals.

Investors are fleeing China. Xi Jinping is turning China into a global pariah which wages wars against all its neighbours, thus putting the lives of all Chinese people at peril. Xi Jinping is establishing a reign for himself in which rebellions will always threaten his regime. No number of purges can secure his rule, and that is what scares the Chinese despot.