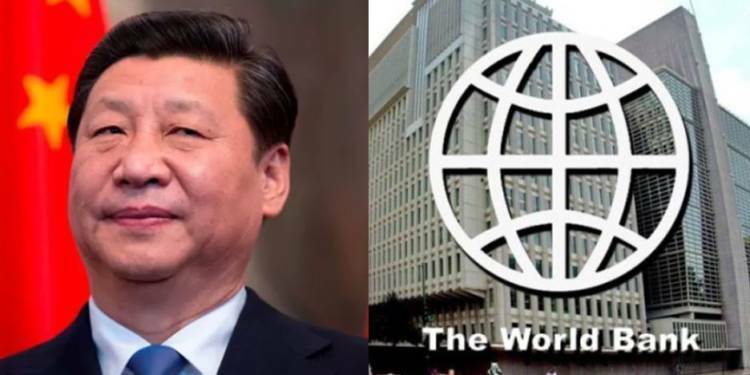 After reviewing data anomalies, the World Bank has announced that China’s ranking would have been lower by seven notches for 2018, following a corrected Doing Business Rankings report. In a year blotted with severe economic and diplomatic losses for China, the announcement by the World Bank just adds to the insult.

The authoritarian government in China had sent false and compromised data to the World Bank. But the World Bank corrected this after they detected the anomalies and discrepancies which led to improved rankings for China back in 2018. There has been a lot of backlashes and the World Bank had been put under question on its credibility. But most significantly, this will be an insult to China, as it is looking for new avenues to revive its economy following its failures with the BRI and the RCEP.

Concerning China, in Doing Business rankings of 2018, there was a reported score of 65.3 with a global ranking of 78, which is similar to the rank of Chinese business start-ups, credit, and tax payment indicators in 2017.

The World Bank’s review of data irregularities in doing business suggested that the Chinese ranking in 2018 should have been much lower and thus the World Bank issued a statement, “After correcting the irregularities described above, the Doing Business 2018 score is 64.5. Taking as given the published data for all other countries, China’s global ranking in Doing Business 2018 would have been 85, a decline of 7 places relative to the previous year.” Also, a press release of the World Bank considered all data changes between the data dissemination for the Bank-wide analysis and final release in the 2016, 2017, 2018, 2019, and 2020 reporting periods.

The World Bank has also updated the Doing Business Rankings of three other countries – Saudi Arabia, the United Arab Emirates, and Azerbaijan – in addition to China.

At 16, the ranking of the UAE in Doing Business 2020 remained unchanged while Saudi Arabia’s ranking was slightly decreased from 62 to 63. Azerbaijan has boosted its ranking to 28, compared with 34.

In a statement issued on 27 August, the World Bank emphasized that the anomalies in the Doing Business 2018 and Doing Business 2020 report released in October 2017 and 2019 concerning changes in data have been identified.

“Management immediately called for a systematic review and assessment of data changes that occurred subsequent to the institutional data review process for the last five Doing Business reports,” The World Bank noted.

The World Bank said it is also conducting an external analysis of the Doing Business methodology to improve the product and its relevance to the world’s stakeholders, although the results planned to be in mid-2021 are not linked to particular data irregularities.

Moreover, in a win for the current Indian administration under Prime Minister Narendra Modi in line with the 2020 report of “Doing Business,” India jumped 14 positions into sixty-third place. In five years, India increased its rank by 79.

This has not been the first time that international financial institutions such as the World Bank or the International Monetary Fund (IMF) have been questioned on their credibility in regards to their dealings with China.

The increasing Chinese presence in the IMF and World Bank over the past decade has led Beijing to fool the World Bank in regards to the Ease of doing business’ rankings. Beijing with its false data has conned the world bank and has painted a flourishing image of China’s economy to provide the people’s Republic of China worth Billions of Dollars of aid.

With a sinking economy, China’s biggest multi-continental BRI project – a project which was destined to revive the Chinese economy, stands at the brink of structural failure, at a time when China’s bilateral relations with major economies have soured. This also comes at a time when China’s most ambitious RCEP is destined to not produce results, and China finds itself at the doors of the TPP to revive its economy, we can look at the dire state of the Chinese economy.

Thus, China needs to recede its aggressive and belligerent policies in trade and diplomacy if it expects to be pulled out of the rut it is in. And the massive correction in the World Bank data might just be the start of the showcase of the fragile Chinese economy.