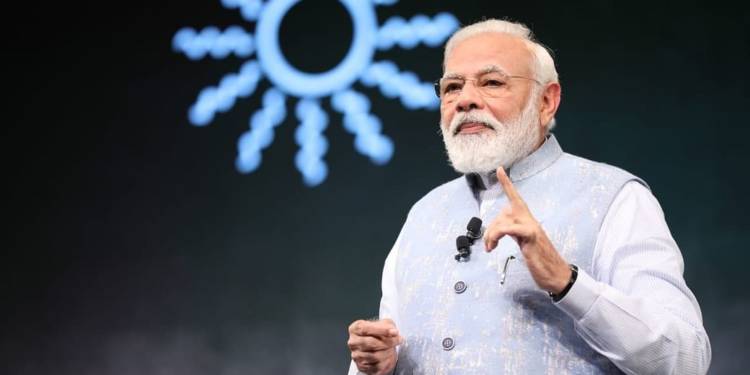 With the diminishing US presence in the changing global scenario, China has been spreading its tentacles across all parts of the world as a part of its global domination ambitions. But nations across all regions are now recognising the perils associated with the so-called ‘peaceful rise’ of China and so they want to cut China to size. Nations across the globe are therefore bringing in the other Asian giant- India, to cut China to size and dismantle the Chinese monopoly.

Countries across the world are inviting and pulling India out of the crease to reduce dependency on Beijing. The pattern is visible everywhere from the Gulf to Central Asia, and Russia to the Association of Southeast Asian Nations (ASEAN), where India’s stature has risen dramatically in the past few years.

As for the Gulf region dominated by the United Arab Emirates and Saudi Arabia, the phenomenon is simple. For decades, the Arabs have relied on American support to face the burdensome disputes dotting the resource-rich region. But now as the US becomes energy-independent, it is simply pulling back from the Gulf, creating a huge vacuum. China has been happy to fill in the void being left behind by the US drawdown.

However, the Gulf countries themselves do not want to become Chinese cronies. Countries like the UAE and Saudi Arabia want to play the role of a net security provider in this part of the world. While India remains inhibitive in sending boots on the ground, it does recognise the changing global scenario that might demand a more pro-active role from India.

Dr S. Jaishankar, India’s External Affairs Minister, for instance, said, “I learned the hard way the dangers of having boots on the ground abroad and my inclination is to be conservative in that regard. I would like to think through all the risks etc. Having said that I do recognize it is a changing world and that we are moving into an era where the assumption that other people, the environment will take care of itself or somebody else will take care of it, will be challenged,” when asked about India’s future security role.

Even apart from security and defence cooperation, the entire Arab world also wants to diversify itself and avoid the perils of a single-sector economy dominated by energy exports. And here also, it is turning towards India in sectors like Space exploration to avoid overdependence on Chinese President Xi Jinping’s Belt and Road Initiative (BRI).

Within the Middle East powerplay, New Delhi is a unique player that maintains deep ties with both the Arabs and Iran. Tehran’s case is different as it is facing the wrath of painful American sanctions. China is, therefore, trying to seize the opportunity by overwhelming the beleaguered Iranian economy through predatory investments and commercial loans. However, Iran has clung onto India.

Tehran has been desperately seeking New Delhi’s attention. Iran doesn’t want to become a Chinese Client State. It is therefore pushing India to stand up for it, and mediate between Washington and Tehran, to rescue Iran’s sanctions-hit economy.

Similarly, the five Central Asian Republics are facing the conundrum of changing world order like all other parts of the globe. With the US not showing much interest in engaging Central Asia, and Russia unable to repel China from eating into what Moscow considers its exclusive sphere of influence, these countries have been looking to engage India to cut Beijing to size.

Today, Central Asia is pinning its hopes on India’s Chabahar Port project in Iran, which would reduce trading costs with the landlocked region drastically and pull it out of its economic woes. Moscow itself banks on India heavily and wants India to reach a Free Trade Agreement with the Russia-led Eurasian Economic Union (EAEU), an economic union of post-Soviet States located across Eastern Europe, Central Asia and Western Asia.

New Delhi itself is ready to increase engagement with Central Asia. India wants to counter the growing Chinese influence as it plans mini-trade deal and a corona-free air bubble with Uzbekistan.

The entire neighbourhood of China is looking to limit Chinese influence. Take for instance, Russia, which has been compelled to enhance engagement with Beijing in the face of punitive sanctions from the US and the European Union. But despite sharing a “strategic axis of convenience” with China, Moscow is elevating its friendship with India by reinvigorating arms exports to India and proposals of enhancing diplomatic engagement.

And then Southeast Asian countries that share hostilities with Beijing in the South China Sea, too, are looking to upgrade their ties with India. The ASEAN is the biggest trading partner of China. Yet, countries like the Philippines, Indonesia and Vietnam are nudging India to cooperate closely as a leading Indo-Pacific power. These countries would, of course, want India to play a full-fledged role in the South China Sea to strength the ASEAN in its bid to take on China.

The new world order is still shaping up with great unpredictability, but one thing is clear- China is a hegemon eager to strongarm its neighbours and backstab its so-called partners. No country across the world would want to play into Beijing’s hands by growing excessively dependent on the Dragon, and India, on the other hand, remains a fair player that respects international comity. Therefore, everyone seems to be looking towards New Delhi with lots of hope and ambitions of a better future.