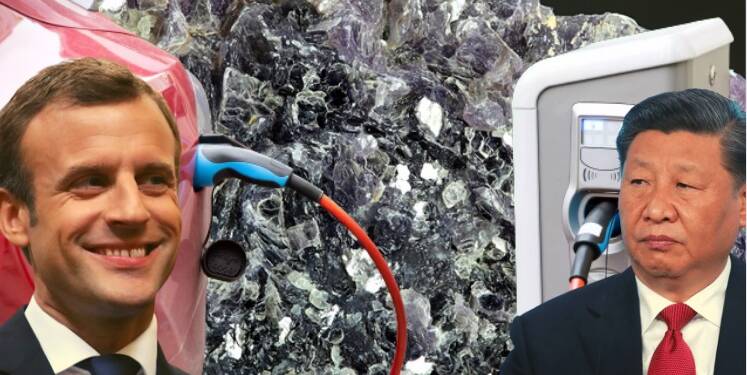 Undertaking lithium mining operations is a tedious task for any European government. For instance, protesters vehemently opposed the lithium mining project last December in Serbia and spelt doom for the country’s mining industry. A Reuters report reveals that currently, 19 such mining conflicts are pending unresolved in the EU territories.

Lithium mining is pivotal to the EV battery manufacturing sector. Hence, anti-mining initiatives launched by several environmentalist groups over the past years threaten to undermine the EU’s goal of achieving self-sufficiency in the EV sector by 2025. Thanks to this ongoing infighting in the European Union, China has already seized about 70% of the global lithium mining industry.

The global market for EV batteries has grown to the size of $27 billion in 2021 and is expected to continue expanding. China wants to dominate this sector. In fact, it already dominates at least 40% of the global battery market. Impressive numbers, right? But one country in the EU has now decided to take the matter into its own hands and change the course of history.

France’s plans to take over the EU’s battery sector

Well, France has announced plans to undertake aggressive lithium mining operations to establish itself as the battery powerhouse of the EU and topple China’s dominance in the battery sector.

France’s environment minister Barbara Pompili said on Thursday that France desperately need metals like lithium. The minister warned, “France needs long-term import contracts … but also to get lithium at home, if we want to become a society which emits less greenhouse gases, we have to face the consequences.”

France has two clear motives behind this lithium mining agenda. Firstly, it wants to dominate the EU’s battery manufacturing sector. Secondly, it wants to flatten China’s dominance in the sector by exporting lithium minerals to nations across the world. Currently, almost all the critical minerals needed to manufacture EV batteries come from outside the continent, particularly China.

France realized that if the democratic world doesn’t gear up to brave China on this front, the communist nation would soon spread its tentacles all over the EV and battery sector.

Make no mistake, France had recently detected domestic lithium deposits and is now striving to undertake exploration efforts in the eastern Alsace region. The French minister also added that “if it shows we have our own lithium at home, we must take the responsibility to extract it on our territory because we will do so under good conditions.”

But France doesn’t want to stop here! Various French mining companies have also been told by the French government to pursue lithium mining operations on foreign soil. For instance, French miner Eramet is now seeking to ramp up production at a major deposit it owns in Argentina.

Lack of investments in the mining sector has so far hampered mining efforts within the EU territories, which, in turn, has immensely benefitted companies from China. Now, by nipping the EU’s eco-fascists in the bud and by announcing radical mining projects inside and outside France, the Macron administration looks all set to bulldoze China’s EV Empire and build a grand one of its own.