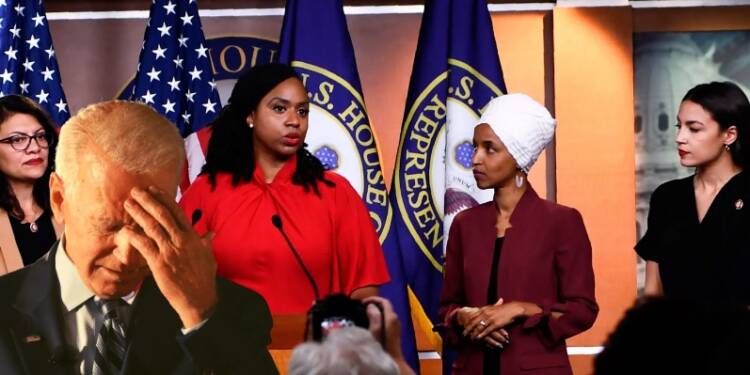 At its core, classical liberalism believes that dialogue and reform are the keys to human development. A universal commitment to individual dignity, open markets, and limited government is the best way to negotiate a disruptive change in a divided world. A rising China, on the other hand, mocks liberalism as greedy, decadent, and unstable. However, the left-wing populists in the United States are enraged by liberalism’s alleged elitism and privilege.

However, a version of the political faction active in the US has made sure that Joe Biden loses not only the upcoming Mid-terms but even the 2024 Presidential elections. Top Democrats tell us that Rep. Alexandria Ocasio-(D-NY) Cortez’s hard-left politics and the so-called “Squad,” which was once a popular topic among many elected Democrats, is backfiring the party.

The campaign to defund the police, rename schools, and demolish statues has made it difficult for Democrats to maintain control of the House and Senate, as well as the party’s overall image. “We’ve been shouting about it for a year,” said Matt Bennett, co-founder of the centre-left Third Way, which created Shield PAC to support moderate Democrats.

The recall this week of three San Francisco school board members by the parents was the latest example of the pushback; they were chastised for the return to in-person classes. These members have earlier suggested topics like the renaming of 44 public schools including ones honouring George Washington and Abraham Lincoln. In addition to the above-mentioned factors, other circumstances were at play, such as an abrupt admissions change to a prestigious high school

Liberal activists had gone too far in the most liberal city in the most liberal state, though. It’s part of a growing body of evidence that the Squad’s progressive activism pushed the party’s image far to the left of where most people including most Democrats stand.

Sensible Democrat supporters do notice how police officers are resigning or taking premature retirements because of all the propaganda directed towards dismantling their profession. Actions like Chicago Mayor Lori Lightfoot’s order to ban foot chases to pursue criminals have really demoralised police officers. The way robbers, criminals and shooters are being allowed to go scot-free, while policemen are being ridiculed by radical Democrats doesn’t resonate with most Americans.

In fact, moderate Democrats do realise that it is no coincidence how Eric Adams, a former police officer who opposes the campaign to defund the police, is leading the New York Mayoral race against Maya Wiley, who defends the police. The fact remains that the ‘defund the police’ campaign gives way too much fodder to the GOP, which Republican candidates can capitalise upon during the November 2022 midterm polls. In fact, the Republicans are running a really strong agenda against the Democrats over this issue.

This is a significant change from a year ago. Throughout President Biden ‘s 13 months in office, there have been growing indicators that squad politics can be troublesome when you have total power. Thirty House Democrats have announced their retirement rather than run in November’s midterm elections, the highest number in decades. They believe there is little chance of keeping the majority in this situation.

Democrats are losing survey after poll of generic House matches, in which respondents are asked whether they would choose a Republican or a Democrat if the election were conducted today. Democrats’ failure to appreciate parents’ scepticism about public schools’ mask mandates, policy on transgender rights, and attitude to educating about racism contributed to Republicans’ sweeping sweep of statewide offices in Virginia.