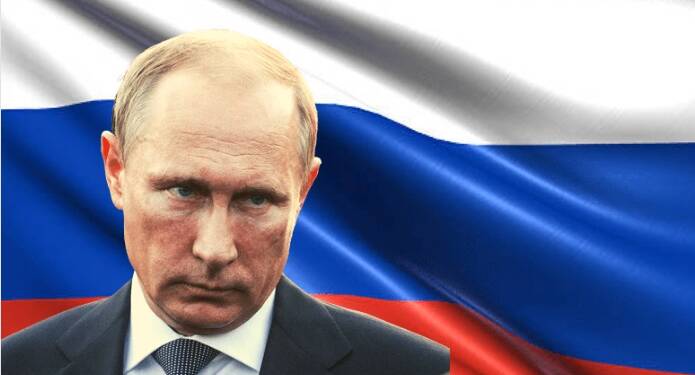 The Russian Federation under the leadership of Vladimir Putin has been looking at ways to capitalise on the melting of ice in the Arctic region. By doing so, Moscow wants to create a trade route through the currently frozen region — totally dominated by Russia. There have been multiple decisions aimed in this direction. It was only last year that Russia’s top admirals were contemplating forming a totally new branch of the Navy to focus on securing the icy Arctic.

Now, on the Taymyr peninsula, Russia is currently building a $110 billion mega-port. The Taymyr Peninsula where the port will be located is in the Far North of Russia, which forms the northernmost part of the mainland of Eurasia. This project, which will include the country’s largest Arctic oil terminal, is so large that it has been dubbed the largest project in the modern-day global oil industry.

According to news reports, approximately 19,840 tonnes of heavy machinery, living quarters, and communications equipment have already been delivered to the site, and the project is expected to deliver 27.5 million tonnes of oil by 2025 once fully operational. With the completion of this mega-port near and the establishment of the Arctic Silk Road in its full glory, Russia has sealed its authority over the Arctic.

In 2017, a Russian oil tanker traversed the Arctic without using an icebreaker, reducing the journey from China to Rotterdam, Netherlands, from 48 to 19 days. This was made possible by the melting of Arctic glaciers as a result of global climate change. Russia has realised the geostrategic and economic advantages of these developments earlier than many others. Taking advantage of being an early mover, it is constructing gigantic structures in the arctic to take advantage of this major environmental threat.

Oilnaft, the state-owned oil company, has been tasked with carrying out this mammoth project, which would require roughly 400,000 workers. The government is constructing a 770-kilometre pipeline to deliver oil to a port, from which tankers will transport oil to Europe and Asia. By 2025, the port will be able to deliver 25 million tonnes of oil, and by 2030, the capacity will increase to 100 million tonnes. This port will result in a 2% increase in Russian GDP. However, beyond these numbers and stats, the project becomes all the more significant, given it will negate all the efforts of China to become the pre-eminent power in Russia’s icey backyard.

China’s increasing activities in the Arctic

In recent years, China has expanded its considerable influence over regions that Russia considers to be its spheres of influence. This, along with the many accounts of technological theft accusations and military build-up along the Russian far-east, has made Russia ever wary of Beijing’s intentions. While the world is trying to recover from the pandemic, China has been acting like an anarchist with no responsibility whatsoever. It also turned towards the Arctic to resume its expansionist policies on the continent. But there is just one issue, Russian interests and presence cannot be practically surmounted.

Russian Arctic infrastructure is being hauled in from the cold and is receiving significant funding. Ports are being upgraded, ice-class container ships are being built, and railways are being built. This port will serve as a strategic alternative to the Suez Canal for delivering fossil fuels to Asia and Europe. The completion of the port will also make sure Xi Jinping gives up on his designs to gain influence in the Arctic. It will bring Russia to the centre of the world trade and commerce as well as make China dependent on Russia, a strategic victory for Vladimir Putin indeed!