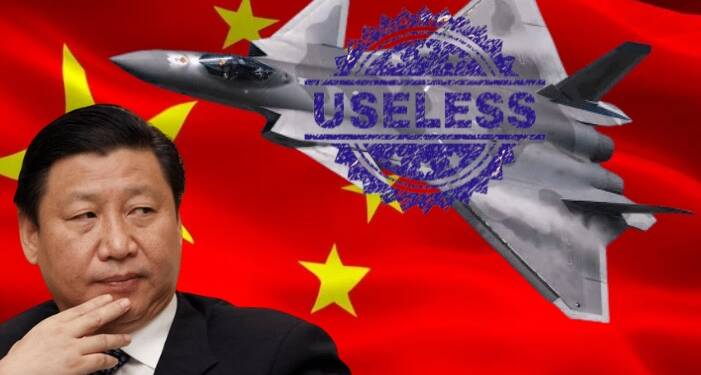 There is little denying the fact about how fragile the Chinese weapons industry is. The whole Chinese weapons industry is based on two facets: one, stealing technology from countries like Russia, Israel, and all that they can lay their hands on, and two, mass-producing weapons based on stolen weapons tech. While this may have been a viable method, given the increasing international isolation, Beijing has become incapable of producing any new jet engines and warships.

According to a new analysis from a US think tank, China’s reliance on high-tech imports and projected workforce shortages in the next decade are two major impending weaknesses for the country’s defence industry. Researchers at the Rand Corporation stated that additional flaws included a lack of transparency in the vast state-owned conglomerates.

The report “Assessing Systemic Strengths and Vulnerabilities of China’s Defence Industrial Base” was commissioned by the US Congress and completed in October 2021. It clearly lays bare the vulnerabilities of Beijing’s military, given it cannot produce any new jet engines and warships in the face of increasing competition with almost all world powers.

Because the defence industry is at the heart of Russia’s economic growth and foreign policy, it is carefully guarded. Yet, according to research published last year by Boston-based cybersecurity technology firm Cybereason, a threat actor suspected of acting on behalf of Chinese State-sponsored interests was discovered targeting a Russian defence contractor working on nuclear submarine designs for the Russian Navy. Not only this, many such instances have been recorded over the past many years.

According to the South China Morning Post, military analysts in China think that the Communist nation’s ambitions to arm its most advanced fighter jet with hi-tech weapons have not been able to become a reality because of its underpowered engines. You see, Chinese engineers have struggled for years to produce engines powerful enough to allow the J-20 to reach its peak performance and match the likes of the US F-22.

In such a situation, how can they think of a military-industrial complex that can be independent and confident enough to build quality tech on its own? The fact is that Beijing is at odds with all the countries it has sought for help with providing components and technological know-how. Be it Ukraine, Russia, France, and other US allies due to XI Jinping’s larger brutish foreign policy.

In the next ten years, dropping birth rates and a diminishing workforce, according to the report, might harm China’s economy and defence sector growth, with evidence that the defence industry may struggle to attract and retain educated people. All in all, losing allies, business partners and a stagnated weapons industry will make sure that China cannot produce new jet engines and warships for a long time to come.