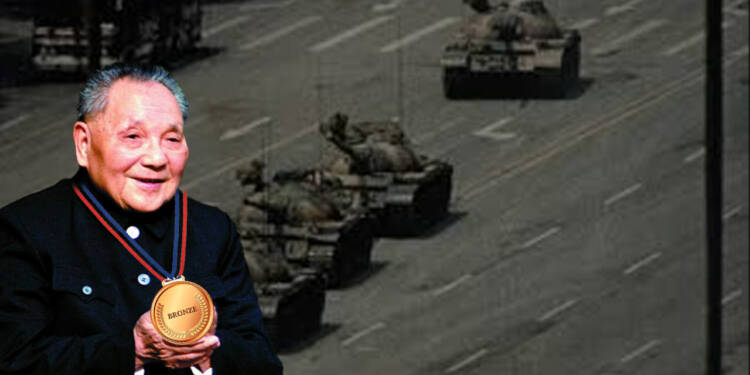 The Tiananmen Square incident, also known as the June Fourth incident or 6/4, was a series of rallies and demonstrations in China in the spring of 1989 that culminated in a government crackdown on demonstrators at Tiananmen Square in Beijing on the night of June 3–4. Although protests and persecution took place across the country, the events in Beijing, particularly in Tiananmen Square. It was historically tied to prior protests such as the May Fourth Movement (1919) and thus came to embody the entire affair.

Tiananmen Square in Beijing became the epicentre of large-scale protests in 1989, which were suppressed by China’s Communist leadership. A lone protester standing in front of a line of army tanks became one of the most famous photographs of the twentieth century. The events are still a touchy subject in China, and one of Hong Kong’s few remaining public memorials has been desecrated.

Protesters in central Beijing’s Tiananmen Square were peacefully advocating for political and economic reform. The Chinese government retaliated by using overwhelming force to suppress the protests. Military units were deployed, and unarmed demonstrators and bystanders were massacred in large numbers. The Chinese government has never admitted to the truth about the Tiananmen Square massacre. It is still a difficult issue in China, with officials prohibiting any mention of the demonstration.

In a cable issued in the aftermath of the Tiananmen Square events in 2017, British Ambassador Alan Donald first indicated that a minimum of 10,000 civilians died, based on information from a “good friend” in the China State Council.

Prelude to the Massacre

People from all over China congregated in Beijing’s Tiananmen Square beginning in April 1989 to mourn the death of liberal Communist Party leader Hu Yaobang and express their dissatisfaction with the slow pace of promised reform. As protestors, mostly students, began to call for an end to official corruption as well as political and economic reform, the gathering morphed into peaceful rallies that swept across China’s provinces.

On May 19, party officials paid a visit to the student protests. That evening, the demonstrators called an end to their hunger strike. The next day, however, martial law was proclaimed in Beijing in order to ‘firmly stop the uprising.’ Hundreds of thousands of people protested on the streets of Beijing in the weeks after the imposition of martial law, with similar rallies taking place around China.

The government sent tens of thousands of armed troops and hundreds of armoured military vehicles into the city centre overnight on the 3rd and 4th of June to impose martial law and violently clear the streets of demonstrators. In order to ‘restore order’ in the capital, the authorities set out to do so.

The tank man and the immortalisation of the protests

On June 5, the image of a lone man in a white shirt carrying shopping bags facing an imposing column of military tanks sent by the government to disperse demonstrators was immortalised in Western media. The individual is just known as Tank Man, and his identity has never been established. Tank Man was adamant about not allowing the military vehicles to pass. He was successful. Onlookers eventually dragged him out of the way of danger. However, the picture of an unarmed man opposing a tank swiftly came to symbolise the Tiananmen Square protesters’ battle – nonviolent protest versus military strength.

Following the military crackdown, Chinese officials began hunting down anyone who was participating in the protests. Thousands of people have been jailed, tortured, imprisoned, or executed as a result of unfair prosecutions for “counter-revolutionary” offences. Since the June 1989 crackdown, the Chinese authorities have never revealed the total number of persons detained, tried, or executed across the country. 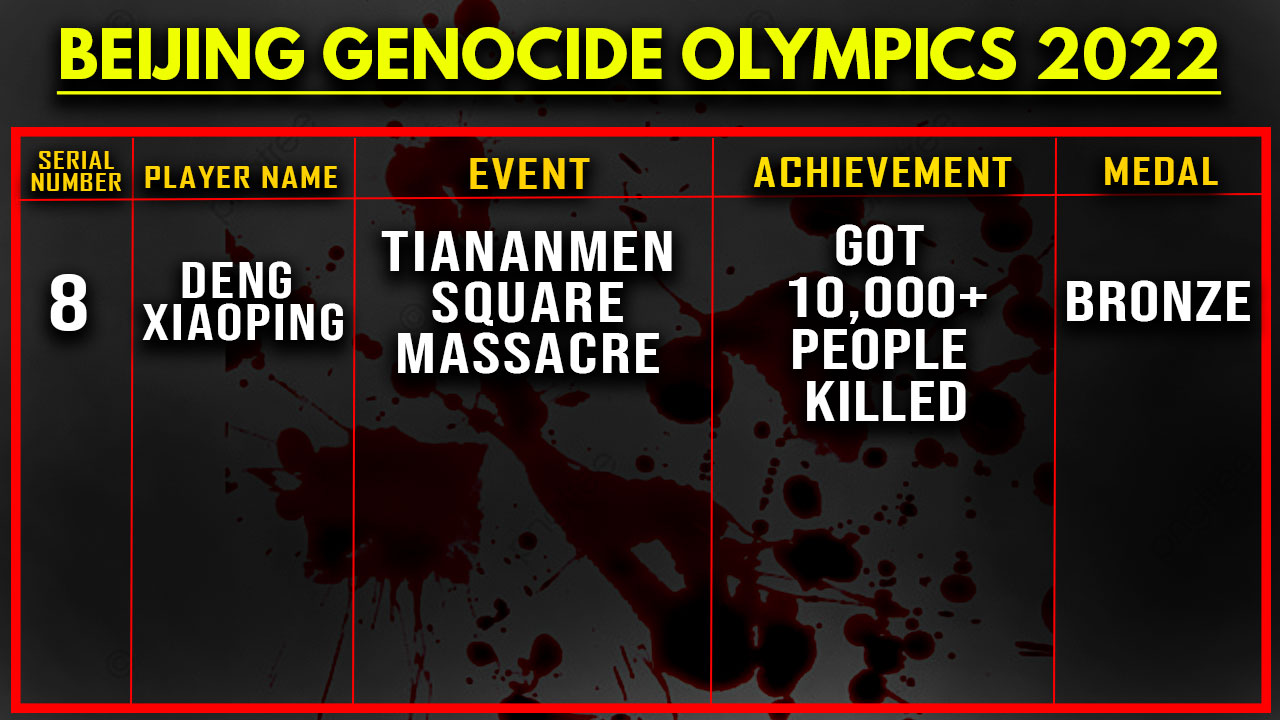 The family of those killed were not only unable to seek justice for their loss in the aftermath of the massacre but they were also forbidden to openly grieve the dead, who were officially characterised as “rioters.” The death of student protestors and the following crackdown all over the country not only saw a generation of dreamers getting sacrificed at the altar of the Communist ego, but it also killed the backbone of the future young ones. Now, CCP is ruling a China which has a vanishing backbone when it comes to tacking on the CCP. The worst realisation is that the tens of thousands of people who died, could not provide the basis for any positive change.