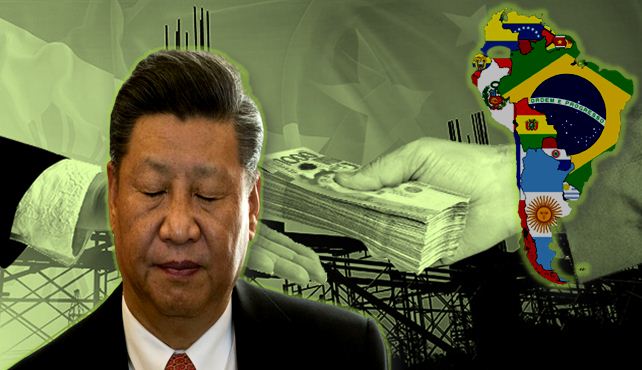 China’s debt-trap diplomacy, where the communist nation weaponizes debt as part of its strategy to expand its influence overseas is a common song. China’s modus-operandi is simple! Shower a developing country with a mind-boggling amount of debt so that it fails to repay the same and is forced to surrender a strategic asset instead.

With similar intentions in mind, China set its foot in Latin America in early 2010.

Latin America was starved of capital but full of natural resources. In 2010, China poured in a record $35 billion state-to-state loan in the region. Analysts estimate China’s two major state policy banks had nearly $67 billion of outstanding loans to Latin American governments by 2017, a rise from just $5 billion a decade earlier.

China provided these loans with lucrative benefits, no strings attached and at a lower interest rate from that of the World Bank or other international financial institutions. This was how China’s wishful journey of debt-trapping Latin America began right under America’s nose.

China kept inundating the region with easy loans as recent as 2020 when the China Development Bank (CDB) and the Export-Import Bank of China together pumped in billions of dollars driven by a huge economic slump in South America.

China realizes its folly in 2021

It was only in 2021 when China realized its Latin America gamble had exploded right in its face. Countries like Venezuela, Ecuador and Argentina stunned the communist nation by expressing their inability to pay back the loans. A deep 7.4% recession swept across Latin America and the Caribbean last year wiping out nearly a decade’s worth of growth.

An NBC report reveals that Ecuador had last year negotiated with China to delay repayment of debt worth $900 million by a year. Venezuela, by far the biggest borrower of Chinese loans in the region worth a whopping $19 billion, had also entered into a similar agreement with China to defer the repayment by at least a year.

Going a step ahead, debt-ridden nations like Argentina and Ecuador are even asking China to refinance their economies to avoid defaults. Leaders from both nations were invited to the recently held Beijing Winter Olympics, where they didn’t miss the opportunity to further fleece an ostentatiously obliging Xi Jinping.

A cautious China now desperately wants to stymie any further loans to Latin America; instead, it is placing special emphasis on recovering the repayments. And here comes China’s gambler dilemma into the picture! The communist nation is unwillingly being forced to lend more money to these defaulting nations in a bid to recover the money earlier invested, to keep these nations in good humour.

Read More: ‘We support One China Policy, but cancel our debt too,’ Africa has trapped China in its famous BRI debt trap

China’s gambler dilemma in the Latin

For instance, Latin America is a great market for cheap made-in-China products. China needs these nations to boost its exports and strengthen its mineral supply chains. That’s why Bloomberg recently predicted that China won’t abandon state-to-state lending as it still sees loans as a tool to main its influence in the region.

Capitalizing on its unique position in China’s supply chains, these small Latin American nations aren’t shying away from extracting a pound of flesh at the expense of the sound health shown by the Chinese economy. China has already lost its investments worth billions in Africa and the Pacific for a similar reason, and now this reverse debt-trapping by Latin America is going to completely choke the Chinese economy by large.