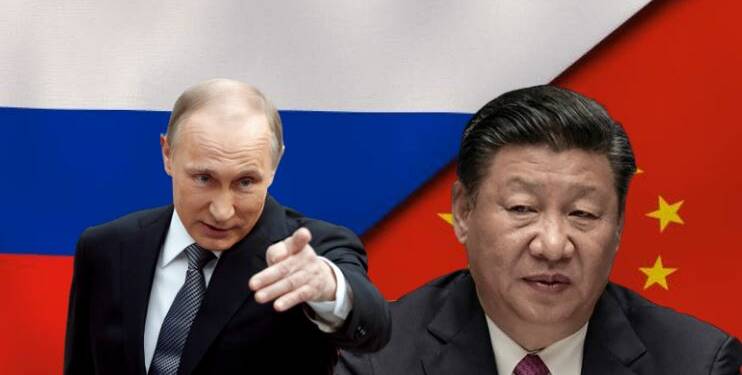 When you base your entire identity and existence on lies and deception, then it is an uphill task to continue with the lies. This is what has been transpiring in Communist China. For the longest time, the country has claimed Vladimir Putin of Russia to be the closest ally, however, even he was not spared by the Communist censorship. While his latest speech addresses the Ukraine situation, Putin commented on the follies of the Communist Russian leaders. And if anyone knows China, Communism can never be wrong, so his speech was censored to suit their agenda.

When Russian President Vladimir Putin proclaimed the independence of Donbas on Monday (February 21), he emphasised that Ukraine is a creation of Bolshevik communism, casting doubt on its sovereignty. Putin formally recognised the sovereignty of the Donetsk People’s Republic (DPR) and the Lugansk People’s Republic (LPR) in the Donbas region of eastern Ukraine by signing a proclamation on Monday.

Read more: The day Ukraine becomes a full member of NATO will mark the start of WW3

The Russian president termed such a move a “long-overdue decision” and urged parliament to back it, as well as to confirm the friendship and mutual assistance agreements with both countries. He did, however, issue a warning to Ukraine to stop its aggression in Donbas or face the repercussions of the conflict’s continuation, which has resulted in bloodshed.

Russian Embassy in Beijing also posted Putin’s speech in Chinese. However, it was removed by the censors due to the criticism of Lenin and preaching de-communization.

The post has attracted 59 repostings, 725 likes & 162 replies. In contrast, the Ukrainian declaration attracted 19,000 reposting, 37,000 replies & 786,000  likes. These numbers not only show how the CCP has censored the Russian narrative but also the fact that the post of the Russian Embassy has been shadow-banned.

Russian Embassy in BJ also posted Putin's speech in Chinese, which has removed the mentions of Lenin and decommunization.

In his speech, Russian President Vladimir Putin delegitimized Ukraine’s sovereignty, claiming that it is a communist creation born of the Bolshevik communist revolution. “Let’s start with the fact that modern Ukraine was created entirely by Russia, more precisely, by Bolshevik and communist Russia. This process began almost immediately after the 1917 revolution,” Putin said.

After the end of the Soviet Union, Russia always collaborated with Ukraine, respecting its interests, but in Kiev, “parasitism began to prevail over collaboration,” and corruption “actually pervaded and undermined Ukrainian statehood, the entire system, and all branches of authority,” according to Putin. Putin claims that if Ukraine joins NATO, it will be used to attack Russia.

Read more: As Biden and company mount an attack on Russia on the Ukraine front, Putin plays his Syria hand

Putin is concerned about the West’s military reinforcement of Ukraine. “In recent years, NATO military contingents have been regularly present on Ukrainian soil under various pretexts,” he said, adding that “frequent joint drills [between Ukraine and NATO] have an obvious anti-Russian tilt.” The Russian leader stated that NATO does not care about Russia’s security concerns and will continue to carry out its strategy.