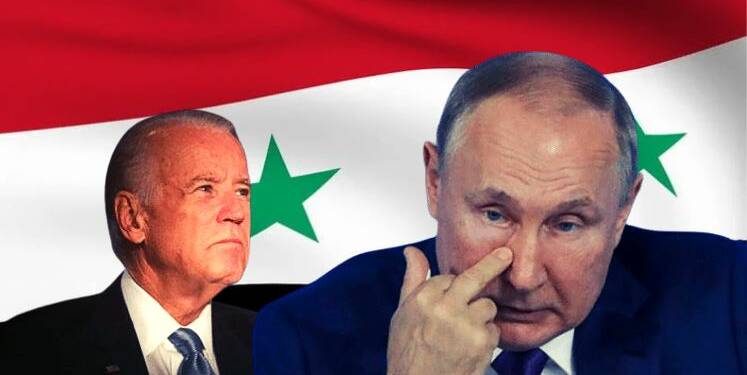 Russia is a busy country. It has significantly upped the ante against Ukraine. The situation in Eastern Europe as a whole can erupt at any moment, and the West is terrified. So, the Biden administration and Putin-haters have been pushing Ukraine into a war with Russia. Moscow itself is not particularly shy of invading Ukraine if need be. However, that does not mean Vladimir Putin does not have a delicious platter in front of him already. Much to the dislike of NATO, Biden and Europe, Vladimir Putin has begun flexing his muscles in Syria.

What does that have anything to do with Ukraine, you might ask? Not much, really. But if Russia has begun weaponizing Syria and arming its forces there to the teeth – NATO ally Turkey, and American friend Israel could land themselves in deep trouble. You see, by ramping up forces in Syria, Russia is directly challenging Turkey and nearly all of Europe via the Mediterranean.

Russia has increased its military hardware at its strategic Hmeimim airbase in Syria, and bolstered naval activity as well. Open-source reports and tweets from the Russian ministry of defence suggest that hypersonic missiles and strategic bombers have been sent to the Hmeimim base in Syria’s Latakia province.

According to The New Arab, Russia has boosted its naval forces, with more ships, submarines, and strengthened coastal defences in the eastern Mediterranean being put in place. In a move that should frighten Europe, Russia has deployed the 9-A-76609 Kinzhal air-launched ballistic missile in Latakia. The missile is capable of reaching ten-times the speed of sound and has a range of 1,240 miles.

This means it could be fired from its Syrian airbase and still reach many European capitals. Additionally, two Improved Kilo Class submarines, a Bastion-P battery, mobile coastal defence missile systems and long-range aircraft Tu-22m3 and MiG-31k also form a part of the dramatic deployments made by Russia to Syria in recent weeks.

Not only has Russia increased deployments to Syria, but it has also heightened its aggressive posture in the Middle Eastern country. Over the past week, Russian planes have begun getting embroiled in faceoffs with American aircraft. According to AL-Monitor, last weekend, US Navy P-8A Poseidon aircraft had three separate close calls with Russian fighter jets over the Mediterranean. One of the Russian jets, a Su-35, reportedly came within five feet of a US Navy plane.

The West thought it could challenge Russia through Ukraine. However, Vladimir Putin has turned the tables quite magnificently on NATO by posing a severe challenge to Europe via the Mediterranean. Increased military hardware deployments to Syria are giving Turkey the chills. Turkey is a NATO member which has been arming the likes of Ukraine and Poland. Can you join the dots now?

Yet, the United States under the inept leadership of Joe Biden, and Europe – blinded by its NATO fascination can’t really seem to understand the gravity of the situation that is unfolding in Syria. Vladimir Putin is playing his hand in Syria, while NATO and Europe can do nothing but mutely spectate. If they begin counter deployments to the region, tensions will flare in the Middle East just as they have spiked in Eastern Europe.

Putin has caught Russia’s enemies by the throat, and there doesn’t seem to be a way out for them.