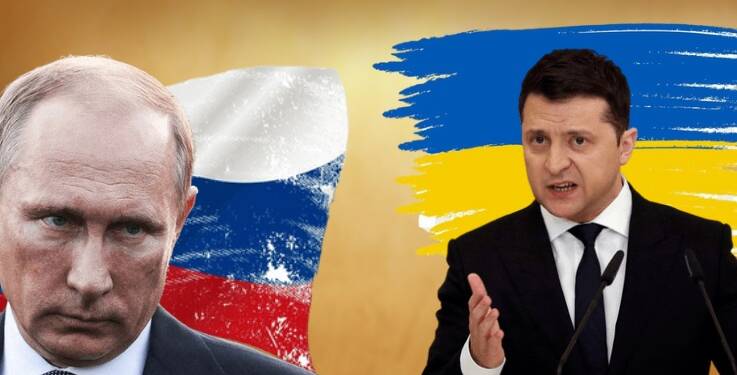 Russia has been invaded six times:

Out of these, only the Mongols were partially successful.

Russia is blessed geographically. NATO knows this. So, it has been trying to work a way around the geography and wants to make Ukraine its ally. That way, NATO forces can land in Ukraine and challenge Russia directly, without a long expedition through Poland and Belarus. That is what Russia fears.

If Ukraine joins NATO – World War III will break out. This is not conjecture. It is something that will happen. Do you know what Vladimir Putin is doing right now? He is trying to prevent World War III. If Russia invades Ukraine and converts it into a proxy state of Moscow, NATO’s plans to steadily encircle Russia will be foiled. NATO has reached up to Poland. To the South, Romania is also a NATO ally. Belarus is a Russian ally. So, from the North, Russia feels secure. But Ukraine is the problem. It is eager to join NATO, and that would bring the combined forces of America and Europe right next to Russia’s borders.

Would any sane country tolerate such a geopolitical nightmare birthing itself right on its borders? Absolutely not. So, by trying to topple Kyiv, Vladimir Putin is limiting the conflict. Putin does not want to fight the West. He does not want to fight Europe. All he wants is to prevent NATO from expanding further East – which it has subtly been doing over the past many decades.

If Ukraine joins NATO, American, European and Russian forces will naturally be drawn to war. Russia will go all out to expel enemy forces from its borders. That would be a World War. Right now, an invasion of Ukraine will not trigger a World War. Now, if you were to choose between Ukraine being invaded and a World War breaking out, what would you choose? Surely, the lesser evil would be to let Kyiv get sacked.

That is the calculated choice Vladimir Putin seems to have made.

Russia is Unconquerable Until Ukraine Does Not Become a NATO Member

Historically, Russia’s enemies have attacked it using the same old route of Poland and Belarus – targeting Moscow. All such invasions have failed and will fail in the future too, which is why Moscow is fine with Poland being a NATO member. You see, the geography and climate in this part of the world are such that no military force can sustain a long offensive campaign against Russia using this route.

Russia is a large country – the biggest on the face of the earth, in fact. So, sustaining a military campaign against Russia is extremely difficult, and occupying it is simply impossible. However, by stationing forces right next to Russian borders, NATO has been playing a brilliant game against Moscow. It has been trying to undo the natural advantage of terrain, climate and geography that Russia enjoys. If NATO ever wants to challenge Russia, it can do so from Ukraine in the future – once Kyiv becomes a NATO ally.

That would effectively bring the combined force of America and Europe to Russia’s border, and an immediate offensive could be launched against Moscow at any time. The winter and terrain would effectively become non-issues for Russia’s enemies. Ukraine offers a relatively warmer and shorter route for NATO into Russia.

Therefore, Russia is rattled by the prospect of Ukraine joining NATO. It will go to any extent to prevent such a scenario for itself where its enemies find it easy to launch an offensive against Moscow as and when they deem fit.

China, meanwhile, has suddenly sprung out in Ukraine’s support. This is because China wants to put Russia down as well. Ukraine joining NATO would trigger a war that China would not need to fight. NATO will fight China’s war against Russia. In the end, the United States will get weakened, Russia will probably be decimated and China will emerge as the biggest power in the world without firing a single shot.

It is all contingent on Ukraine becoming a NATO member. If it does, the war will be much bigger in size and scale. The one hovering over Ukraine’s head right now will be much less bloody and will ensure Russia does not remain in a perpetually rattled mode.

Read more: Selling weapons to Ukraine and LNG to the EU, the US has already won the Ukraine war