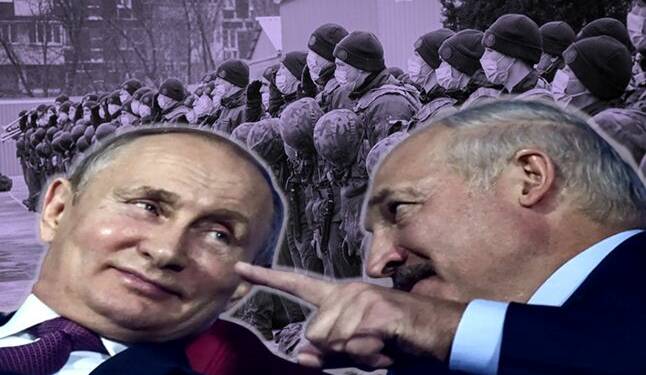 Russian bombers are flying, its troops are marching and tanks prowling; not a Russian territory but it is Belarus that is inundated with Russian military equipment today. The reason is Ukraine. People in the West say Russia wants to usurp Ukrainian territories.

Russia in a covert move has encircled Ukraine from three sides with Belarus being the most important of all the fronts. Russia has already landed its 30,000 troops on the ground in Belarus for having “joint military exercises” this month.

The exercises will be running until 20th February, as it is hoped that these “exercises” will not end up erasing Ukraine’s name from the world’s map. Belarus is excited as always, and now it has gone a step further by tweaking its constitution to allow Russian nukes to be housed in Belarusian territories.

Read more: A Development in Belarus explains why Russia and China are not friends but sworn enemies

What is in the new constitution?

On 22nd February, a referendum to adopt the new constitution will take place. The amendment in the constitution includes several political changes. Political analysts have thoroughly discussed the turns that guarantee unbridled power to President Alexander Lukashenko, and limit the power of parliament.

Interestingly, another major development includes the removal of a text from the constitution that has erased the country’s neutrality and nuclear-free status. This means that Belarus can now host Russian nukes without any legal hurdle.

The new military doctrine, which is yet to be made public, would enable further integration between the militaries of Belarus and Russia. This is indeed interesting to note that Russia has already started occupying Belarus even as the world keeps its attention glued to the Ukraine crisis.

Belarusian President Alexander Lukashenko is a highly unpopular leader in Belarus and is living on borrowed time lent by none other than Russian President Vladimir Putin himself. Now, Lukashenko is changing its constitution just to please Putin and show his loyalty towards the Russian federation.

Russian President Vladimir Putin is known to have plans to reunify the erstwhile Soviet Union, and the same was evident during the annexation of Crimea in 2014, and by what is also visible with the hostilities between Ukraine and Moscow. This is the story of a failed yet magnificent coup, a thirst for power and of course, the rise and rise of Vladimir Putin. This is the story of Russia and Belarus.

The union of Belarus and Russia is an asset that should be preserved, augmented and passed on to future generations, Belarusian President Alexander Lukashenko was heard saying last year.

According to Lukashenko, this is the mission of the current generation and the leadership of both countries, and everything necessary will be done to achieve this end. This is proof enough to suggest that if Russia and Belarus were to ever come to a point where they integrate, not a single bullet will be fired.

Read more: China could be the biggest casualty of the war-like tensions between Poland and Belarus

Now as Russian nuclear bombers fly over Belarusian territory, one realizes that integration of Russia and Belarus might not be that far. This is equally interesting to note how the world seems nearly oblivious to this big development.

As the western media hype up the Ukraine conflict in great proportion, no one seems to be interested in developments unfolding in Ukraine’s neighbour. Forget Ukraine, a Russian invasion of Belarus is already underway. The only difference is Belarus will hardly see any political or military resistance to Putin’s decree.