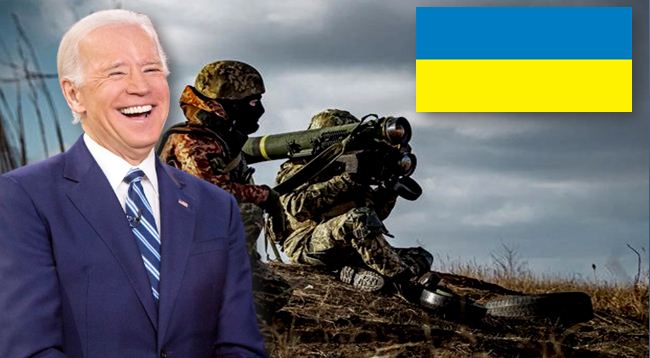 Since the beginning of the Russia – Ukraine crisis, the US under the leadership of President Joe Biden was fueling the unrest quite diligently. Biden previously had taken steps that made Russia irritated. On one hand, the US has been supplying a huge amount of LNG to Europe to divert the risk of Russian gas disruptions and on the other, it was pushing in US troops and military hardware in Ukraine and many other European countries to deter Kremlin.

US troops and weapons in the region

Biden has been continuously sending US and NATO troops to Ukraine and several other European countries bordering Russia. At present, he is rapidly supplying Ukraine and other EU countries with advanced US military weapons, arms and ammunitions. Biden for long has been continuously poking Russia with the threats of adding Ukraine into NATO. Recently, the President of Ukraine, Volodymyr Zelensky also called out Biden for his provocative and warmongering statements regarding the situation. Russia has clearly stated that adding Ukraine into NATO will force Kremlin to take strict actions.

Also, Biden’s decision of sending advanced weapons to Ukraine and other European countries has made the situation worse with Russia fearing that the US is encircling it by using its European neighbours. As an effect of this, Russia is forced to increase its border troops and strengthen its military instalments. This invariably escalates the conflict and pushes it to the verge of war.

Making Europe dependent on the US LNG supplies

Europe turned into the biggest market for U.S. liquefied natural gas over the past three months as concern surrounding Ukraine prompted the EU to seek alternatives for Russian gas in case Moscow turned the taps off, albeit Moscow confirmed that it has no such plans.

Because of the increase in LNG shipments to Europe, the United States also overtook Qatar to become the world’s largest exporter of the commodity earlier this year. In January, Europe took in over 16 billion cubic meters of American liquefied natural gas, and this month’s shipments are also expected to remain elevated, with more than 6 billion cubic meters shipped since the start of February. Right now, an estimated two-thirds of U.S. LNG cargoes are slated to be delivered to European destinations.

Europe, which used to get cheaper gas from Russia through pipelines is now importing it from the US. Importing the gas from the US is not just costlier, but it also takes time for transportation through ships.

The connection between supplying weapons & gas at the same time

The gas that the US supplies to Europe through ships is way more costly than the gas that Europe imported from Russia through pipelines. Also, now the US has emerged as the biggest supplier of LNG to Europe, Biden has successfully made Europe dependent on the US for its energy security.

Also, by keeping the war threat alive, the Biden administration is being able to sell more and more weapons to Ukraine and other European countries. Thus ensuring greater profits for US energy companies and Military Industrial Complex. However, in the long run, these steps will result in the rise of US influence, control and command over the European countries and will jeopardize French President Emanuel Macron’s plans for making the EU independent from outside influence and interference. This will further create a rift between the two countries.

Read More: Biden wanted Qatar to fuel his war in Ukraine; Qatar shuts him up with a bold response

US has played quite smart in this conflict, though at the cost of Ukraine, and other NATO members. Biden has discerned out that, till the time the chances of war stays alive, Europe will only rely on gas and weapons from the West. So, the Biden administration has found success with its sly hand tactics to keep the conflict alive and ensured that it is just the US that wins the Ukraine war.