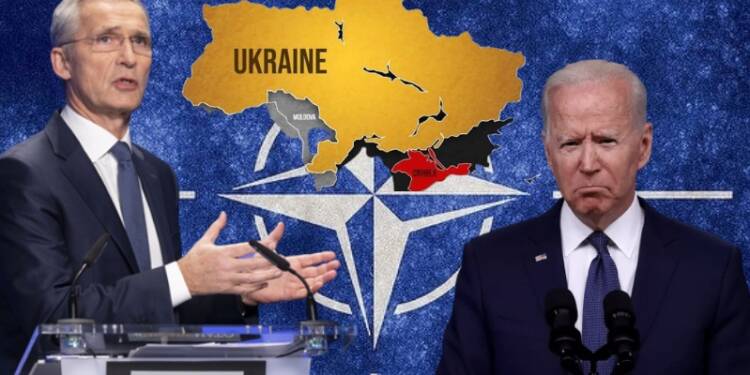 The Ukraine situation has turned into an existential crisis for the nation, as Joe Biden continues to throw the region into dark ages. However, as he continues warmongering, not only the European Union, but now NATO has given statements calling out Joe Biden’s facade. NATO Secretary-General Jens Stoltenberg stated on Sunday that the Western military alliance has no plans to send troops to Ukraine if Russia invades the former member of the Soviet Union.

If you listen to the Western media, you could believe that Putin is the wrong man for the job. After all, anti-Moscow propaganda abounds in the Western media on the subject. Putin is rumoured to desire to attack Ukraine, like a larger shark eating a smaller shark. But the reality is completely different. Putin doesn’t want to invade Ukraine. He simply wants to keep Russian influence in Eastern Europe to stay intact.

Putin doesn’t want NATO expanding eastward and reaching into countries like Georgia and Ukraine. If the US can commit to this much, Putin will not escalate tensions. While the Biden administration may want you to believe something else, most countries in Europe know the truth. This is the very reason why the warmongering is not being resonated in the European Union and now even NATO has come out in open defiance to Joe Biden’s intent.

Asked on BBC Television whether he would rule out putting NATO troops in Ukraine if Russia does invade, Stoltenberg said: “We have no plans to deploy NATO combat troops to Ukraine … we are focusing on providing support.” “There is a difference between being a NATO member and being a strong and highly valued partner as Ukraine. There’s no doubt about that.”

And not only this but France, which is a significant member of both the European Union and NATO has also denied any possible imminent Russian threat. There are no indications at this stage to suggest that Russia is ready to take action in Ukraine, French Foreign Minister Jean-Yves Le Drian told France 2 Television on Wednesday.

In exchange for peacefully transforming the snarling Soviet Bear of the Cold War into the playful club of Gorbachev’s aspirations, Russians trusted the West to offer economic aid, political support, and, most of all, acceptance into a broader European security environment. Instead, they got poverty and isolated, as the old Iron Curtain moved closer to Moscow. In international relations, trust is crucial. Its presence, intangible and unquantifiable, can still overcome seemingly insurmountable gaps. However, Joe Biden is no longer interested in a rapprochement with Russia to solely focus on China.

On the other hand, Vladimir Putin is anything but a novice. He knows what Biden intends to do to Eastern and Central Europe and how Washington is looking at ways to bring NATO assets and weapon systems right up to the borders of Russia. So, to protect its own interests, Russia is eyeing Ukraine. Putin’s deployment of Russian troops on the borders of Ukraine has given rise to the possibility of a crisis in the region last seen only during the annexation of Crimea by Russia in 2014.

All in all, even after all the attempts by Joe Biden to create an end of the world scenario, the European nations are not budging at all. Now, even NATO has clarified its position and going by the trend, Joe Biden will be left alone in his warmongering.