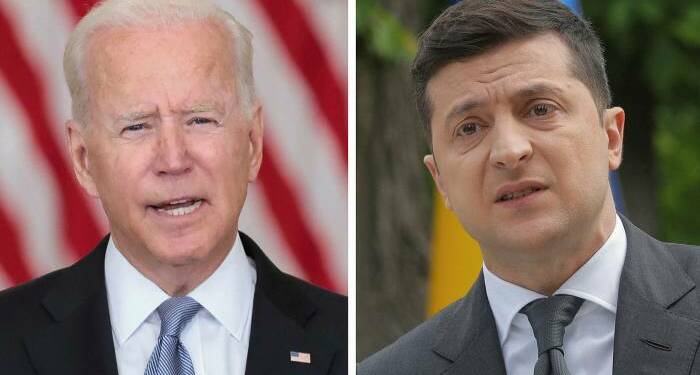 Joe Biden has turned the US into an ally that no one trusts will come through at the time of need. President Joe Biden, on Jan. 19, warned that he believes Russia will attack Ukraine, the strongest acknowledgement of the invasion threat thus far. He warned that if Russia invaded Ukraine again, it would pay “a significant, dear price” both immediately and in the long run. However, Biden also stated that if Russia does not launch a full-scale invasion of Ukraine, NATO will lack unity and will disagree on how to respond.

Ukrainian President Volodymyr Zelensky’s video message to the nation contrasted sharply with Biden’s statement. Zelensky urged the people of Ukraine to calm down and assured them that everything was “under control.” It was the first time since Russia began its military buildup in late 2021 that Zelensky addressed the prospect of a Russian invasion. Reporters mentioned Zelensky saying, “What’s new? Isn’t this the reality we’ve been living in for eight years?”. “Didn’t the invasion start in 2014? These risks have long existed. They didn’t increase. What increased is the craze (in the news). Our land is not being under attack now — but your nerves are. They’re trying to make you feel anxiety all the time.”

Both statements come at a time when tensions are high. Russia has deployed around 127,000 troops on the border of Ukraine, according to CNN. However, while one statement is absolute gaslighting, the other attempts to diffuse the tensions and in entire contrast to what Joe Biden is saying.

In exchange for peacefully transforming the snarling Soviet Bear of the Cold War into the playful cub of Gorbachev’s aspirations, Russians trusted the West to offer economic aid, political support, and, most all, acceptance into a broader European security environment. Instead, they got poverty and isolated, as the old Iron Curtain moved closer to Moscow. In international relations, trust is crucial. Its presence, intangible and unquantifiable, can still overcome seemingly insurmountable gaps. However, Joe Biden is no longer interested in a rapprochement with Russia to solely focus on China.

On the other hand, Vladimir Putin is anything but a novice. He knows what Biden intends to do to Eastern and Central Europe and how Washington is looking at ways to bring NATO assets and weapon systems right up to the borders of Russia. So, to protect its own interests, Russia is eyeing Ukraine. Putin’s deployment of Russian troops on the borders of Ukraine has given rise to the possibility of a crisis in the region last seen only during the annexation of Crimea by Russia in 2014.

Russia has already drawn its red lines on the Ukraine issue. Ukraine wants to be a part of the NATO alliance, however, Russia has warned of severe consequences if any such move is deliberated. The US has long assured Ukraine of its accession into NATO, but now the tune has changed. The US has always talked about defending Ukraine in any event of military aggression, but it recently declared that sending the US troops on Ukrainian soil was something not on the table.

Also read: Biden backstabbed Ukraine, and the NATO is furious

Joe Biden’s modus operandi is this: stoke tensions between Ukraine and Russia, and when Moscow prepares its defences and plans for an offensive, leave Kyiv to fend for itself. And after getting backstabbed by the Biden administration so many times in such a short time frame, Zelensky’s video message is an obvious signal that he is willing to play along with the situation and help mend Russian concerns, rather than getting played by the US at its most vulnerable moment.