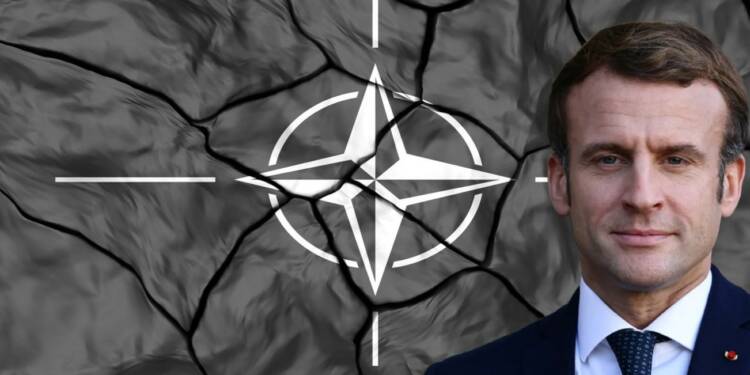 The recent stance of the US on the issues like the defence of Taiwan and support of Japan against Chinese aggression, the face-saving unplanned and uncoordinated Afghanistan exit, the AUKUS deal and its stand on the Ukraine crisis is a clear indication that the US is not a dependable and trustworthy ally any more. It shows that the US might not be there to stand with its NATO friends and partners in the EU. This makes the Ukraine crisis even more complicated and the EU more vulnerable to an aggressive Russia.

France is currently at the helm of affairs in the EU and is pushing for drastic changes in it. Recently, after Russia prompted fears of a Ukraine invasion with a significant troop build-up on the border, the French president Emanuel Macron said, “EU countries need to re-arm themselves and finally build their own collective security framework and pact”. He added, “Security on our continent requires strategic rearmament and we also require frank and demanding talks with Russia.”

He further added, “At the heart of the framework would be principles agreed with Russia 30 years ago, which includes rejecting the use of force or coercion, giving states the choice to accede to alliances or bodies that they wish to and the rejection of spheres of influence”.

Also Read: The Ukraine situation has forced France to take some harsh steps, and it will have global repercussions

Last week, direct talks between the US and Russia were organized and the EU was not involved in it. The talks aimed to lower the tensions caused due to the Russian build-up along its border with Ukraine.

Macron also said that the EU bloc needs to bring itself to a position and stature where it can make sure that it is respected. He also advocated that the EU must do everything that can help in decreasing its dependency on Russia for gas and energy supplies.

The defence of EU countries is primarily assured by the US-led NATO, of which most EU states are members. It is NATO that must stand up to the Russian aggression to protect the EU states, but how can the EU trust NATO when the US does not even involve the EU in the talks with Russia. Previously too, the US unilaterally decided to exit Afghanistan and executed an extremely unplanned, uncoordinated, and mismanaged exit. US went ahead with evacuating just its own military personnel and people, leaving all the other NATO members on their own.

If the EU goes ahead with talking to Russia without including and involving the US, it would be a clear sign of the EU’s reducing dependency on the US and NATO. Also, if Macron’s plan of an EU army, an independent EU defence policy and a collective security framework becomes a reality, it would simply be the end of NATO, the US supremacy and influence in Europe.