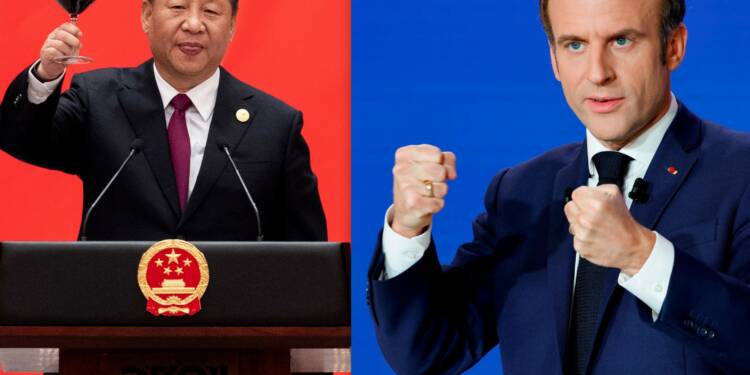 France led EU is threatening to slap sanctions on China, and this development will bring out China doves in open. As a result, MEPs have warned EU leaders that if they do nothing about the unofficial trade embargo, Beijing will be able to increase its ‘divide and rule’ and destroy European unity. The intensity of these statements should be taken at face value, as in case the European Union’s executive body does not take any action, it will make sure that the organ is shut down.

Lithuania, an EU member, has been subjected to unofficial economic sanctions from China, and Brussels is grappling with how to respond. If the EU’s fortunes deteriorate in the following weeks and months, talk of a “geopolitical” Europe will become increasingly absurd. However, it is possible that the current crises, particularly the Lithuanian problem, may result in a significant improvement in the EU’s ability to defend its interests in the international arena.

A group of 41 legislators cautioned EU leaders in a letter published by the South China Morning Post that inaction “would also allow [the] PRC to damage EU unity and increase ‘divide and rule’ activities among EU member states, as well as strive to diminish the EU’s influence globally.” After agreeing to host a “Taiwanese representative office” in Vilnius, Lithuania became entangled in a dispute with China, which Beijing claimed violated the EU’s one-China policy.

Meanwhile, the EU is planning to bring in an “anti-coercion instrument” to retaliate in such cases but fresh legislation could take years to come into effect and Macron cannot wait to punish China. When asked if France would push for action before an anti-coercion instrument comes into force, a French official told POLITICO, “Yes. We will take measures very quickly.” In separate remarks, he also said, “The anti-coercion instrument is still under negotiation, but maybe something can be done in advance in support of Lithuania.”

For French President Emmanuel Macron, the EU presidency is a big opportunity to act and settle scores with China. China has been trying to harm France for several years now. And the main issue between Paris and Beijing is New Caledonia- a French overseas territory located in South Pacific. For France, this is the perfect opportunity to teach a lesson to the CCP as well as shut down pro-CCP moles in the European Union.

On one hand, European Parliament has made every effort to condemn and criticize human rights abuse in China, on the other, the European executive is more concerned about business relations and avoids human rights issues, whenever they have to choose between the two. Continuing its legacy position of furthering China’s agenda, it is stalling a consolidated effort to back Lithuania in its fight against a much larger foe China. Now, Macron is using the situation and by consistently backing Lithuania, it has helped create a case for the MEPs to rally against the European Council and force it to either change course or get shut down.