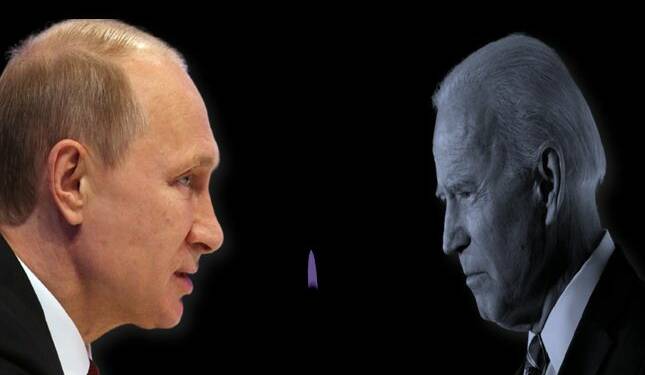 Putin has had enough of Biden’s tantrums on Ukraine. Moscow was continuously demanding that the US-led NATO doesn’t expand its presence to Ukraine. It also wanted NATO forces deployed in Eastern Europe to be withdrawn. But the US remained non-committal and Biden seemed to be in a mood to bully Kremlin.

So, Putin decided that he will take the conflict into America’s backyard with the likes of countries like Nicaragua, Cuba and Venezuela.

As the Biden administration keeps eluding Russian demands on the Ukraine front, Russian Foreign Minister Sergey Lavrov has declared that his country “has agreed with the leaders of Cuba, Venezuela, and Nicaragua to develop partnerships in a range of areas, including stepping up military collaboration.”

This is Russia’s indirect response to American bullying tactics on the Ukraine front. Russia’s Deputy Foreign Minister Sergey Ryabkov even made a link between the two happenings. He said that Russian strategy in South America could potentially involve the introduction of the Russian Navy if the US continues in its needless provocation on Russia.

Ryabkov said that this is Russia’s version of the “American style of having several options for its foreign and military policy.”

Russia’s entry into the Americas initiates new geopolitical realities. Till now, the US was satisfied with its position. It believed that it could do anything in Eastern Europe, a region considered to be Russia’s forte.

Until now the US could carry out military drills, deploy NATO troops in the region and challenged Russian centrality in the region without any backlash. An entire Atlantic wall stood between Moscow and Washington, D.C.

The US believed that it was beyond the Atlantic, and inaccessible from Russia’s point of view. If anyone had to suffer because of a Russian response, it was Europe whereas the US was more or less a safe territory.

This was only reaffirmed by the Soviet collapse, as the erstwhile blue-water Soviet Navy turned into a green-water Russian Navy. This made the Russian military’s hope of embarking on an expeditionary mission futile though Putin has been zealous enough in his pursuit to build a blue-water Navy Navy for quite some time now.

But the wall has now been broken with Russia’s move into the Americas creating a new security scenario. Moscow is now expanding its options, which means the US is no longer safe in the event of any escalation in military tensions. And this is why you suddenly find Russians talking about the potential involvement of the Russian Navy in South America.

Moscow understands that if Ukraine is an issue for the US to exploit, then Central America is for Russia to pounce upon. If the US weaves the narrative of protecting Ukraine from Russian aggression in Eastern Europe, Russia won’t shy away from a similar narrative in Central America.

We know how Nicaragua‘s relationship with the US fares. Recently, the country even broke off its diplomatic ties with the island nation of Taiwan and resumed diplomatic relations with mainland China.

The US-Cuba history is no better with the Cuban missile crisis put on the docks. And when it comes to Venezuela, the South American country has been at odds with the US for quite some time now.

Read more: Was John F Kennedy to be blamed for the Cuban Missile Crisis?

And there is a common link that connects all these countries- they have embraced China in the backdrop of their deteriorating ties with the US. This is also why a lot of Xi-Putin bonhomie was on display during the Russian President’s recent visit to China.

Moscow is actually using Beijing as a tool to expand its influence in the Americas. This is a fatal blow to Biden’s fearmongering rhetoric of the “Ukraine hoax”.  With that, it seems likely that the events yet to unfold will invariably bring in a strategic nightmare for the mighty American security establishment.