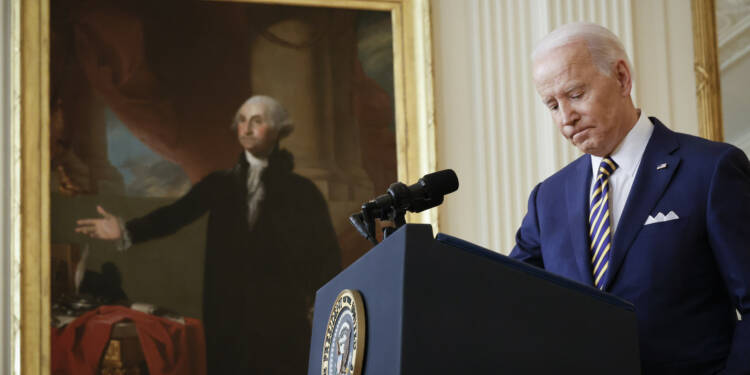 US President Joe Biden is on a spree- a spree of losing one region in the world after another. And Eastern Europe is the latest part of the world falling out of the hands of Washington D.C. under Biden’s watch.

Now, Slovakia is witnessing a backlash against US influence and is tilting towards Russia in a major blow to Biden’s foreign policy. This is a part of Biden’s failing Eastern Europe push. This practically side-tracks US completely in Europe and this is further emboldening Russia.

It became pretty clear to the US policymakers and foreign affairs experts that Western Europe has since long freed itself from American influence.

Countries like France, Germany and Italy do not want to play second-fiddle to America any longer, especially after episodes like the bugging of former German Chancellor Angela Merkel’s phone by the Obama administration and the execution of AUKUS deal by the Biden administration that left France feeling isolated and furious.

So, Biden decided to change course. He knew that prosperous Western Europe is already out of America’s hands and so decided to go for a litmus test in Eastern Europe. He started with Ukraine and started threatening Moscow amidst rising military tensions between Russia and Ukraine. And then came Lithuania and Slovakia.

Biden’s big Eastern Europe push has however backfired terribly. Slovakia is the latest experiment that has failed spectacularly. The US wants a defence cooperation agreement with Slovakia. It has already signed similar agreements with 23 NATO members including Poland and Hungary, and the agreement would grant the US Army the right to use two military airports in exchange for capital investments that the US will make for the modernisation of Slovakia’s armed forces.

But the defence cooperation agreement has become a matter of political controversy in Slovakia. Opposition politicians are talking about the “destruction” of Slovak sovereignty and the possibility of nuclear weapons getting placed in Slovak territory without Slovak consent.

Opposition leaders are talking of “treason” and “betrayal of national interests” in a bid to push back against the bilateral agreement which has been approved by the Slovak government but still needs to be confirmed by the country’s Parliament.

Biden was hopeful of getting a defence cooperation agreement through with Slovakia, but it may not see the light of the day as the issue becomes a matter of political polarisation in the Eastern European country.

On the other hand, Biden has failed terribly on the Ukraine and Lithuania front too. In the case of Ukraine, the US State Department has ordered diplomats’ family members to leave the country. Biden seems to be giving up on Ukraine just like he gave up on Afghanistan last year.

And the case of Lithuania has been even worse. Biden has been caught red-handed trying to coerce the Eastern European nation into toeing Beijing’s line and endorsing the One China Policy. Worse still, Lithuania seems unlikely to fall prey to Biden’s pressure and continues to oppose Chinese belligerence.

The fact remains that Eastern Europe has always been close to Moscow. In fact, Russia has been constantly opposing the Eastward expansion of NATO. Western attempts to exert influence in Eastern Europe remains a bone of contention between Moscow and Washington, D.C.

Meanwhile, leaders in Eastern Europe themselves realise that growing American presence only complicates things. They have seen how Ukraine was first pushed towards a conflict against Russia by the US and has been abandoned now with rising military tensions. So, why should a country like Slovakia make the same mistake that Ukraine has made?

Also, Russia has good cultural and diplomatic heft in the region. There is considerable pro-Russia sentiment in countries like Slovakia too. Similarly, Baltic nations- Estonia, Latvia and Lithuania may remain critical of Russia but they too are dependent on Russian gas.

For Eastern Europe, it isn’t a good idea to be located in a region of heavy Russian influence and embrace the US at the same time. And therefore, you shouldn’t be surprised if Biden’s big Eastern Europe push is turning out to be a spectacular failure.