Russia warns the US of war as Ukraine row escalates 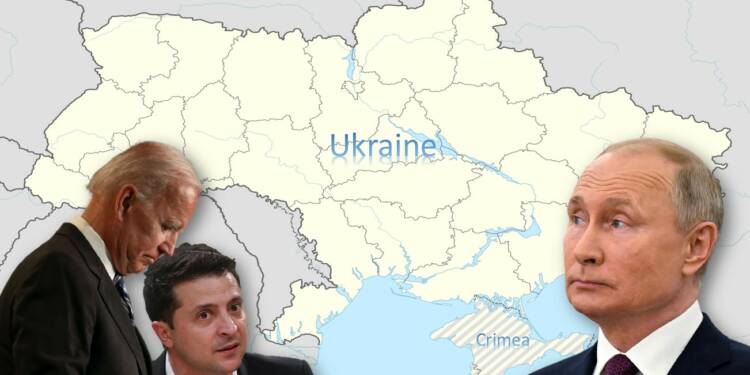 The situation in Eastern Europe is heating up. While Joe Biden might have expected to use the escalation as a means to consolidate his losing grip over Europe, things are spiralling out of control. As per reports, President Vladimir Putin said on Tuesday that Russia had no room to retreat in a standoff with the United States over Ukraine and would be forced into a tough response unless the West dropped its “aggressive line”.

Putin delivered his remarks to military officers as Russia sought a quick response from the US and NATO to its demands for a binding set of security guarantees from the West presented last week. Ukraine has become a use and throw toy for the Biden administration. Joe Biden has an axe to grind with Russian President Vladimir Putin, and ever since he took office in January this year, the man has been working to achieve that goal.

In the process, Joe Biden is using the Ukraine card to threaten Russia. However, there is a limit to the escalations Moscow can allow vis a vis Ukraine. Moscow considers Ukraine a red line for the US and NATO forces and as a part of Russia’s zone of influence.

In exchange for peacefully transforming the snarling Soviet Bear of the Cold War into the playful cub of Gorbachev’s aspirations, Russians trusted the West to offer economic aid, political support, and, most all, acceptance into a broader European security environment. Instead, they got poverty and isolation, as the old Iron Curtain moved closer to Moscow. In international relations, trust is crucial. Its presence, intangible and unquantifiable, can still overcome seemingly insurmountable gaps. However, Joe Biden is no longer interested in a rapprochement with Russia to solely focus on China.

On the other hand, Vladimir Putin is anything but a novice. He knows what Biden intends to do to Eastern and Central Europe and how Washington is looking at ways to bring NATO assets and weapon systems right up to the borders of Russia. So, to protect its own interests, Russia is eyeing Ukraine. Conservative estimates suggest that Putin has deployed no less than 175,000 Russian troops on the borders of Ukraine – giving rise to a crisis in the region last seen only during the annexation of Crimea by Russia in 2014.

In the face of escalations, Putin warns of war if the US does not dial down

Satellite photographs showing troop build-ups in Crimea and not distant from eastern Ukraine were initially dismissed by Russia as exaggerated. “Information circulating in the media about the supposed impending Russian invasion of Ukraine is a falsehood,” stated armed forces, chief Valery Gerasimov.

Putin: “What’s happening now, the tension developing in Europe, is their fault. At every step Russia was forced to somehow respond. At every step the situation grew increasingly worse … and degraded.” He says Russia must now make a decision re: NATO, US. pic.twitter.com/VsvsXUO6Vl

President Putin, on the other hand, has promised to “take adequate military-technical response measures and react harshly to unfriendly steps.” Moscow has accused Ukraine of stationing half of its army in the east, or 125,000 people, in preparation for an attack on territory controlled by Russian-backed rebels. Ukraine claims that this is “propaganda nonsense” designed to conceal Russia’s own ambitions.

Also read: Biden backstabbed Ukraine, and the NATO is furious

In a phone call with French President Emmanuel Macron, Putin said that reconvening the four-power Normandy group – which brings together the leaders of Russia, Ukraine, France, and Germany – would require Kyiv to take concrete steps to implement existing peace agreements, according to a Kremlin statement. Russia and its proxies, Ukraine claims, are refusing to engage. Sergei Shoigu, Russia’s defence minister, claimed that more than 120 private military contractors from the United States were operating in eastern Ukraine, where Ukrainian troops have been fighting Russian-backed separatists since 2014, and that they were planning a “provocation” involving chemical weapons.

Ukraine’s deployment of Turkish drones against Russian-backed rebels in eastern Ukraine, as well as Western military manoeuvres in the Black Sea, have already alarmed Russia. Mr Putin believes that US military assistance to Kyiv is taking place “at the doorstep of our house.” Going ahead, any further escalation of the situation on part of Joe Biden will take the crisis to the point of no return.

The mind-boggling geopolitics of sand