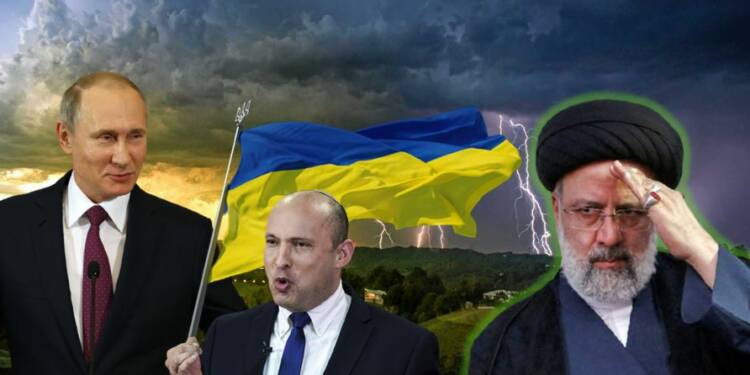 Want to see pure diplomacy and tough negotiation skills? Well, you won’t get to see it in the western world, where diplomacy has been reduced by the EU and the USA into making token statements and strict binaries that work on the assumption that ‘the enemy of my enemy is my friend, and the friend of my enemy is my enemy’.

Why are the Russia-Israel relations a huge jigsaw puzzle?

It is countries like Russia and Israel that deal in the tough art of pure diplomacy. Geopolitics becomes a huge jigsaw puzzle with no fixed assumptions or ascertained principles of international players, when players like Moscow and Jerusalem get involved. Consider this – Russia and Israel are close partners without any hostility against each other, yet Russia is friends with Tehran. On the other hand, Israel also maintains a good relationship with Ukraine, which it is now using to make Russia-Iran relations almost defunct.

Also read: The personal camaraderie between Putin and Netanyahu made Russia and Israel strong allies but now it’s falling apart

Recently, Ukrainian Defense Minister Oleksii Reznikov visited the Jewish nation of Israel. From Kiev’s point of view, the visit made a lot of sense- Israel is one of the most trusted US allies and Russia is presently mobilising its troops along the Ukraine border. Since the USA keeps condemning Russian military build-up against Ukraine, Reznikov would have been hopeful of getting Israeli military-technical cooperation during his visit to the Jewish nation.

Yet, Israel had some very different plans. The Jewish nation has no intention of befriending Ukraine and inviting Moscow’s wrath. This is why Israel made it a point to not annoy Moscow. As per some media reports, Israel asked the guests to be careful with their public speeches and not to give interviews so as not to irritate the Kremlin once again.

If the Ukrainian Defense Minister engages a US ally, it should make headlines. However, Israel toned down Reznikov’s visit on purpose. The Jewish nation therefore used Ukraine as a card against Russia. The subtext of the meeting clearly dictates that Russia shouldn’t supply its lethal arms to Iran, and if Moscow doesn’t restrict military-technical cooperation with Tehran, then Israel would have no qualms in supplying arms to Ukraine.

Gentleman’s agreements between Russia and Israel:

Traditionally, Russia and Israel are on two different ends of the geopolitical spectrum. While Moscow led the anti-US bloc for a long time, Israel is America’s only non-Muslim ally in the Middle East.  Yet, the Russia-Israel partnership remains unaffected. Since the Soviet era, Moscow made it a point to not antagonise the Jewish state. Israel is any world power’s key to truly establishing itself in the Middle East. It is a powerhouse of regional intelligence, and is a powerful force in the region. Remaining in the good books of Israel is necessary towards establishing a presence in the Middle East, and Russia has known this for the longest of time.

Israel itself has not tried to antagonise Russia despite being a US ally. In fact, the two countries have made it a point not to hurt each other’s interests while pursuing their own geopolitical goals. Gentleman’s agreements have since long existed in Russia-Israel relations. This means that Jerusalem does not intensify its ties with Ukraine and Georgia, and in consideration of Israeli goodwill, Moscow restricts military cooperation with Iran.

This is why Russia and Iran do not cooperate at a really deep level, though both of them have been blatantly isolated by the western world and share similar sentiment against western powers. In fact, as per Ariel Bulshtein, a former adviser to former Israeli Prime Minister Benjamin Netanyahu, Moscow blocked relevant requests made by Iran at least two times.