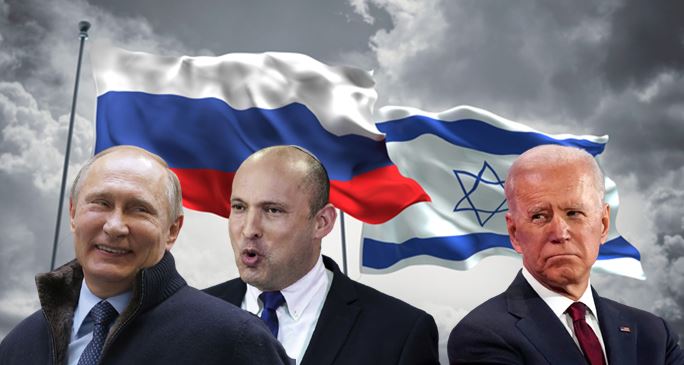 In a major jolt to Lebanon-based Iran-backed terror group Hezbollah, Russia and Israel on Friday agreed to preserve the so-called ‘deconflicting’ mechanism effectively allowing the Israeli Defense forces to carry out airstrikes in Syria without any response from Moscow.

The ‘deconflicting’ mechanism was formed under former Israeli Prime Minister Benjamin Netanyahu, who attributed this diplomatic success to his personal camaraderie with President Putin of Russia. The current Naftali Bennett government is now trying to rejuvenate the mechanism that almost fell into disuse back in 2018, after a Syrian defense gunner, aiming for an Israeli bombing jet, had mistakenly downed a Russian military plane.

The Russia-hosted meeting in Sochi between Bennett and Putin lasted for five hours, where the former described Russia as Israel’s strategic partner. However, the two powers back opposing sides in Syria. While Russia, along with Tehran and Hezbollah, backs the Assad regime; Israel often targets Iranian assets in the region in the form of airstrikes against Hezbollah. Hezbollah fights along with the Pro-Assad Syrian defense army and hence is a vital partner for Russia-backed Bashar al-Assad to keep his reign afloat.

Moscow is the biggest security provider to Syria. It has deployed its S-300 air defense batteries to prevent rivals from bombing the Syrian Army’s defense assets. Similarly, it has also deployed S-400 air defense batteries to safeguard its own military assets and troops. All in all, Moscow rules the skies in Syria, which can effectively curtail Israel’s offense against terrorists operating under Damascus.

But, now Israel says that the Kremlin has given Jerusalem the impunity to carry out airstrikes against Hezbollah with one caveat of informing Moscow before the strikes. This is a radical shift in Moscow’s approach as it has never shied away from publicly expressing its displeasure over the IDF’s military operations in Syria in the past.

For instance, Russia, Turkey and Iran, in June this year, had said in a joint statement that “the three parties condemned continuing Israeli military attacks in Syria which violate the international law, international humanitarian law, the sovereignty of Syria and neighboring countries, endanger the stability and security in the region.”

Interestingly, as per a Times of Israel report, Moscow is also attempting to disband its own militia group that is currently operating in Southern Syria near the border with Israel. The 8th brigade, comprising 10,000 fighters, was being funded by Russia to fight along with the Assad regime and Iran against the Rebel forces.

But Russia now wants the 8th brigade to submit all its arms and weapons back to Russia, paving way for Hezbollah, Iran and Israel to contest over the region close to Israel’s Golan. And now with Israel having the freedom to barrage its rivals on Syrian soil, the Russian move has put Iran and Hezbollah in a precarious position.

The two leaders “discussed a wide range of topics”; with special emphasis on Iranian nuclear ambitions that is seen as an existential threat by Israel. Much to Israel’s pleasure, Russia also looks askance upon Iran’s nuclear development program. Moreover, Russia has also grown anxious about Iran’s increasing bonhomie with China.

The rift came to the surface in August this year when Russia had warned Tehran of growing too close to China with a subtle, yet offensive message. A photograph was then posted on the Russian Embassy’s Twitter handle recalling the 1943 Tehran Conference when Iran used to be under the occupation of the Allied powers. The picture had triggered a meltdown in Iran with outgoing Foreign Minister Mohammad Javad Zarif calling it “extremely inappropriate”. Iranians felt as if they were being reminded by Russia about the history of foreign occupation.

Read More: Russia warns Iran against getting too close to China with a subtle yet ‘offensive’ message

Putin is a long-time supporter of the Jewish people and the Jewish state. The surge of Islamist and populist movements across the Middle East in the early 2010s has brought the two nations closer. Trade ties have also become stronger, with Israel becoming Moscow’s largest trading partner in the region only after Turkey. Now, with a successful Russian-Israeli partnership emerging in the Middle Eastern region, the USA’s influence is definitely going to take a major hit.

Joe Biden, with his botched-up Middle East policy, has not only ostracized the US in the Arab world, but has also helped China ramp up its engagement in the region. However, if a budding Israeli-Russian partnership is any indication, Moscow is going to rule the Middle East for the distant future.