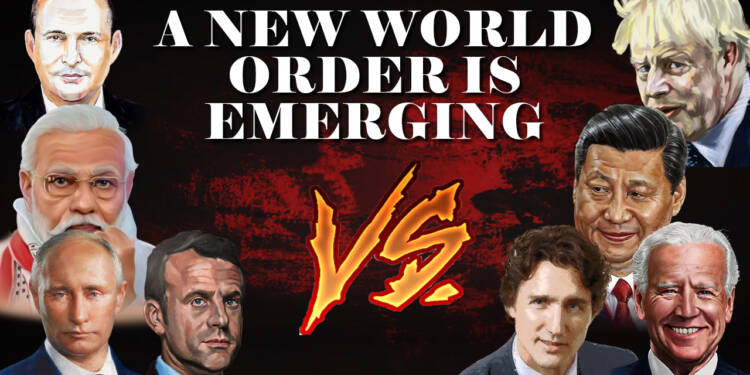 Vladimir Putin on Thursday ordered the Russian military to undertake a military operation in eastern Ukraine’s Donbas region. Amid fears of Kyiv being toppled, the western nations have upped the game by announcing sweeping sanctions on the Kremlin.

The US-led NATO has condemned the attacks and pledged to defend every inch of NATO territory. Media reports revealed that seven loud explosions were heard early morning in Kyiv shortly after Putin gave a go-ahead to its warring military baying to retaliate against Biden’s incessant provocation

NATO will not defend Ukraine

It would be preposterous to say that NATO will involve itself militarily to defend Ukraine. The US is no simpleton! It won’t poke Putin in the eye to keep the wrath of the Russian military at bay. Frankly speaking, Biden’s adamancy about admitting Ukraine into NATO will now end up wiping out the country’s name from the world map.

Sanctions will inevitably follow the Russian invasion, which may hardly bear any implication on the already insulated Russian economy. Russia may appear more isolated than ever on the world stage, and China may try to exploit its increased leverage against Russia in the coming years.

But for Russia, these setbacks will be short-lived given that all significant nations are openly or tacitly throwing their support behind Russia and not the US. Russia is far from being ostracized on the world stage and it enjoys a reputation among nations like India, Japan, Israel and France. Left-aligned media may not reveal the other side of the story but that’s the truth that undermines their anti-Russia agenda.

The world should wait for the dust to settle over the Ukraine crisis, and then it would witness a new world order emerge hot on the heels of NATO’s retreat from Ukraine. Here is the list of nations that are unwilling to help Biden exacerbate the Ukraine crisis.

The list of nations supporting Russia includes all the heavyweights of the geopolitical arena including the world’s top military and economic powers. On the other hand, we have another list of nations that oppose Russia and are on the wrong side of history.

The US under Joe Biden, the UK, China, Germany, Canada, Australia and Turkey together constitute this list. A question may arise about why China is being included in the first place. China realizes that it needs the west to shore up its economy. So, it has tactfully shifted its allegiance towards the US over the past week and has criticized Russia’s retaliation against the US-led Ukraine.

Similarly, the G7 nations like Canada, Australia, the UK and the US have announced sanctions on Russia. Germany is believed to have killed the Nord Stream 2 gas pipeline project to punish Russia. These are the nations that still view Russia as the biggest threat to their national security and are sleepwalking on the China question.

Interestingly, this list comprises all the declining powers of the world, including Germany, the US and the UK. However, barring the US, no other country have military or economic muscles to even stand a chance against the other bloc led by powers like India and Russia.

The Ukraine crisis is going to have a major impact on the global geopolitical map, and its end may see an emergence of the new world order. A new world, where sane powers like India, Russia, Japan and France will look to dominate while declining powers will be left cursing their fortunes.