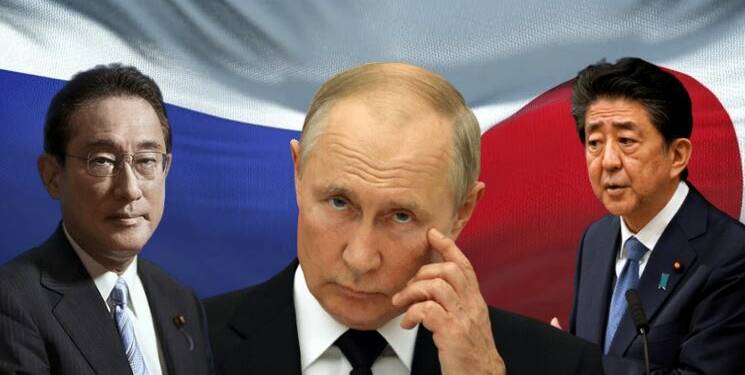 Joe Biden’s incessant attempts to fuel the crisis in Ukraine are finally coming to fruition. Ukraine has already lost a significant part of its territories to Russia amid fears of a full-blown invasion by Moscow.

So far, the US has failed to court support from its allies barring the UK and Canada, but this hasn’t proved enough to deter a Russian offence. All significant American allies understand that Biden’s war hype in Ukraine is designed to demonize Russia with no regard to their own interests.

However, the case of Japan stands as an aberration, which has now thoughtlessly announced that Tokyo won’t be on a standby mode if an invasion on Kyiv is announced, and that it will join G7 nations in slapping sanctions on Moscow.

Japanese Prime Minister Fumio Kishida said on Tuesday that Russia’s recognition of two independent states within Ukraine’s territories was “unacceptable and a violation of international law.” The Prime Minister of the world’s third-largest economy said, “Japan was ready for a strong response that could include sanctions.”

The Kishida administration’s tough stance on Moscow contradicts former Prime Minister Shinzo Abe’s rapprochement efforts and his long-standing policy of befriending Russia to ostracize China in the region. Abe spent his tenure in office mending ties with Russia, which is now foolishly being undone by the current Kishida administration.

On the Ukraine question, Kishida’s policy appears to reflect Biden’s concerns rather than Shinzo Abe’s caution. In an interview with Japan Today, former Prime Minister Shinzo Abe recently said, “I think Japan should use diplomacy to sever the concerted efforts between China and Russia, and move ahead with improving its ties with Russia.”

Abe called for increased Japanese diplomatic efforts with Moscow, which would help to undercut the growing Chinese influence in Russia. Shinzo Abe has made it pretty clear – Moscow’s growing ties with Beijing need to be severed, and Japan needs to play a big role in doing so. That’s the very reason why Abe was so adamant about resolving the protracted dispute over the Kuril Islands with the Kremlin.

Kishida to face the music

So, Kishida’s new Russia policy, which seems to be heavily influenced by Joe Biden, is sure to put him at odds with Shinzo Abe. Abe is still a vigorous political force in the Japanese Diet who wields great influence over the largest faction in the ruling Liberal Democratic Party (LDP).

Since last November, Shinzo Abe is leading the LDP’s largest Hosoda faction and is truly the kingmaker of Japanese politics. So, for anyone to survive in Japanese politics is mandatory to be in the good books of Shinzo Abe, which can’t be achieved by breaking away from his Russia policy and prostrating before Joe Biden.

This foreign policy blunder thus may very well cost Kishida his chair and sink his political fortunes. Japan being an import-reliant nation, is already facing the heat of increased military tensions in Ukraine in the form of elevated crude oil and gas prices. So, it’s in the interest of Japan to immediately break away from Biden’s warmongering against Russia and put its own interests above all. This will not only help Kishida’s own political career but also save Japan’s economy from being ravaged by Biden’s foolishness.