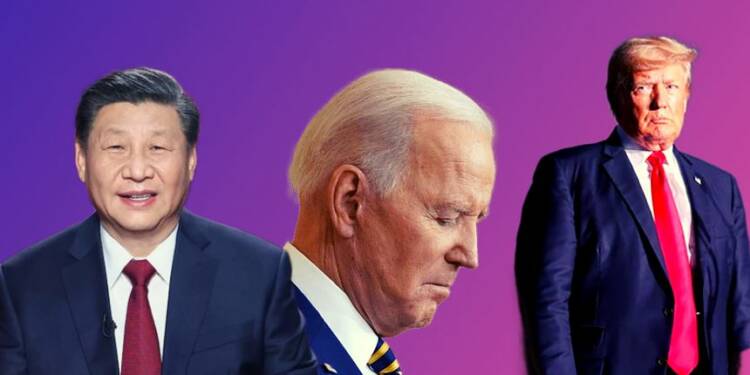 Former President Donald Trump turned the United States into a living hell for Chinese spies. Wouldn’t you agree? Trump is the greatest China hawk around. Under his leadership, China’s IP and intelligence theft operations were crippled all over America, and the country was turned into an impregnable fortress. So, guess what Joe Biden is doing? One would have thought that he would double down on Chinese student spies, right?

Well, that is certainly not the case. In fact, the Biden administration is taking a series of steps aimed at alleviating the woes of Chinese student spies, so as to facilitate the seamless theft of critical intellectual property and defense technologies.

On Wednesday, the U.S. Justice Department ended a program focused on fighting Chinese espionage and intellectual property theft. The “China Initiative” that was rolled out by the Trump administration in 2018 to stop the outflow of American technologies to China has now been revoked by the Democratic regime in charge of the United States.

Matthew Olsen, head of DOJ’s national security division justified the move by saying, “Fundamentally, I do not think that the initiative is the best approach in light of the threat landscape that we see. I’m convinced that we need a broader approach. One that looks across all of these threats and uses all of our authorities to combat them.”

But does that not speak to the inherent bias and racism prevalent within the DOJ? Just because the DOJ is unable to get rid of its tendency to racially profile purported criminals, it has done away with a superb initiative that asphyxiated China. Is this the professionalism that an ordinary American should expect from the DOJ?

After scrapping the “China Initiative”, guess what the DOJ said? Here it is: “The department will pursue a broader effort to counter threats from adversarial nations including China, Russia and Iran, from hacking attacks to the theft of U.S. trade secrets.”

Essentially, what the DOJ is saying is that China is no longer a top focus for the United States. Instead of putting in a significant number of resources and manpower to address the threat posed by China, the DOJ will go back to its old ways of investigating IP theft by a cocktail of adverse nations. You see, that is why the China Initiative was brought in by Trump.

China is the most notorious thief of state secrets, intellectual property and defense technologies. So, the DOJ was told to focus more on the Communist nation and secure America. But with Joe Biden, things are a bit different.

The Biden administration has a soft corner for China. So, by doing away with the stringent Trump-era policy, Biden has got the DOJ off China’s back. This will allow the CCP much needed legroom to hurt American interests from American soil, using its student spies and academic proxies.

Also read: ‘Chinese spies are not allowed,’ Japan is all set to put visa curbs on Chinese students and researchers

At a time when Japan, Australia and all freedom-loving countries are tightening the screws on Chinese spies, the Biden administration is working on giving the CCP unfettered access to American technologies. That really sums up the American crisis rather succinctly.