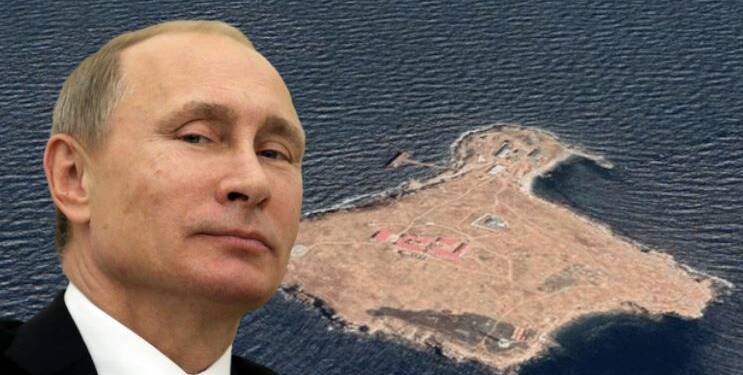 Snake Island, also known as Zmiyiniy Ostriv in Ukrainian, has received a great deal of attention from Russian forces. This little island in the Black Sea is about 30 miles off the coast of Vylkove, Ukraine’s nearest settlement, and 185 miles west of Crimea. A lighthouse, around a hundred Ukrainian soldiers, and several sheep may all be found there.

Snake Island is only about a tenth of a square mile in size, but its location in Ukraine’s Black Sea corner makes it an enticing prize in an increasingly militarised coastal region. The Island despite its small size holds immense geo-strategic importance. Controlling it will bring Russian military infrastructure right at the gates of NATO, as Moscow will look directly at Moldova, Bulgaria and Romania. In addition to this, the island is situated on the extreme end of the Black Sea; which will also make things uncomfortable for Turkey.

Two Russian naval destroyers, Vasily Bykov and Moskva, stormed Snake Island on the first day of the 2022 Russian invasion of Ukraine. The island was assaulted and seized by Russian soldiers later that day, following a second attack.

The Geopolitical importance of Snake Island

On the regional map, the island is a significant strategic location. This is due to its proximity to Romania and its location on the Black Sea’s frontier of Ukrainian territorial seas. Despite its tiny size, Snake Island was deemed “critical to Ukraine’s maritime territorial claims” by the Atlantic Council think tank. This is most likely why Russia attacked the island during its invasion of Ukraine.

Control of Snake Island now allows Ukraine to claim territorial seas that extend 12 nautical miles in all directions from the island, assisting in the protection of the Black Sea shipping corridor between Odesa, Mykolaiv, and Kherson. Ukraine’s grain and metal exports, as well as consumer goods imports from China, rely on this Black Sea access. The Ukrainian economy would quickly collapse without a viable shipping path to global markets.

And now as the Russian military has claimed control of the Island, all these strategic plus points are in the hands of Moscow.

The quest for the Black Sea

The Black Sea region becomes very sensitive because Biden tends to use Ukraine as a pawn in this part of the world. The Biden administration has constantly abetted Kyiv to take on Russia, apart from reigniting tensions over the Crimea annexation that took place in 2014. On its part, Russia will never let the US and NATO snatch Crimea from it nor will it allow Biden to undermine it in the Black Sea. For Moscow, Crimea holds way too much importance. The naval base at Sevastopol in Crimea is Russia’s only warm-water naval base. Located on the Southwestern tip of Crimea, the Sevastopol naval base allows Russia to access the Black Sea, apart from reaching out into the Mediterranean.

Read more: Despite Russia’s warnings, Biden is sending the US Navy to Black Sea alongside UK. The repercussions can be grave

However, with the annexation of Snake Island, Russia has gained another piece of property in the Black Sea. With this, Russia has ended any sort of adventurism, that may have jeopardized its interests in the region. Moscow has single-highhandedly brought the theater of conflict at the gates of NATO. Russia has also increased the stakes for Turkey if it tries to use the Istanbul gateway against its interests.

GLWS Meaning with Explanation and Definition