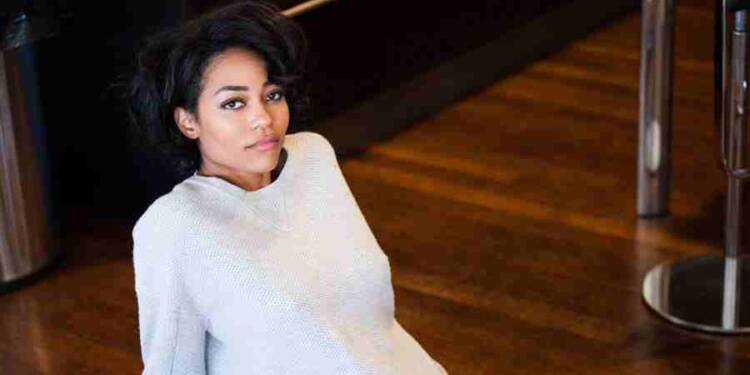 Natasha Marc is an American actress and calls herself a story teller. In this article we are going to talk about biography, career and notable works of Natasha Marc so read the full article here.

Natasha Marc was born to one of New Orleans’ most well-known chefs. Her mother arranged funds to allow her to participate in theater performances and beauty pageants.

She lived as a proud refugee with her mother and family as a survivor of the deadliest Hurricane Katrina. She was also born and raised in New Orleans, Louisiana. Natasha Marc was born on April 22, 1994, and as of 2020, she is 26 years old.

She has attracted many modeling and talent agencies due to her height of 5 feet 6 inches. She’s also appeared in a number of advertisements, portraits, and photoshoots.

Natasha had the pleasure to work with well-known actor Jamie Fox in the film “Ray” as a day player. However, storm Katrina struck soon after, worsening her financial situation.

Marc went to a few prominent acting studios in Los Angeles to further her education. She booked a lot of advertisements and movies after strengthening her resume.

“Timeless,” “The Rookie,” “My Name is Khan,” “American Soul,” and “The Amazing Mr. F,” to name a few, are among Marc’s film and television credits.

When it comes to her relationship, she hasn’t said much about her lover. Her personal life has remained a closely guarded secret.

She has worked in films such as “Kiss the Bride” and “Bones,” and has over 15 credits on IMDB.

Natasha Marc studied film, theater, and performing arts, which led to her big break: a featured day player role in the Oscar-winning biopic Ray, in which she appeared with Jamie Foxx in a sequence.

The Good Lord Bird (Showtime), Timeless (NBC), Ballers (HBO), The Rookie (ABC), as well as prominent parts in independent films Dutch and California Love, are among the actress’s credits. Natasha has also starred in a number of national advertisements, as well as significant music videos and fitness events.

Taylor Sheridan and Hugh Dillon produced the American murder thriller streaming television series Mayor of Kingstown. The series launched on Paramount+ on November 14, 2021. The series got revived for a second season in February 2022.

Ray is a 2004 American biographical musical drama film about the life of rhythm and blues musician Ray Charles, set across 30 years. Taylor Hackford co-produced and directed the picture, which was written by James L. White based on a storey by Hackford and White. It stars Kerry Washington, Clifton Powell, Harry Lennix, Terrence Howard, Larenz Tate, Richard Schiff, and Regina King in supporting roles alongside Jamie Foxx in the titular character. Stuart Benjamin, Howard Baldwin, and Karen Baldwin produced the picture alongside Hackford.

The Good Lord Bird is an American historical drama miniseries set to premiere in 2020, based on James McBride’s 2013 novel of the same name. Ethan Hawke and Mark Richard conceived and executive produced the series, which is based on John Brown’s fight on American slavery. It aired on Showtime on October 4, 2020, and was produced by Jason Blum through Blumhouse Television. We hope this biography article of Natasha Marc will be helpful for you to understand the actress’s journey and works.

For the first time, China explicitly states that China and Russia are not allies