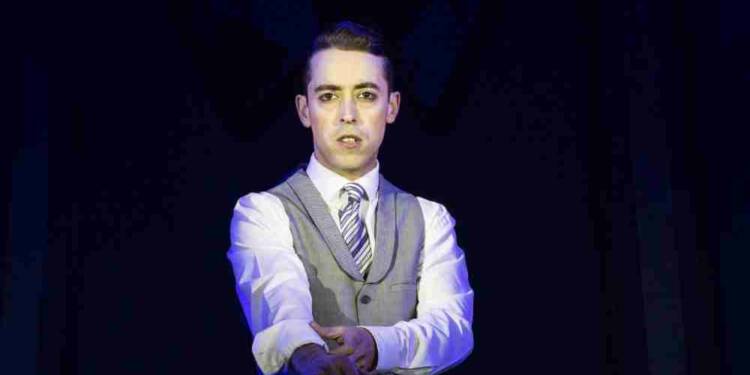 Marc Pickering is an English actor who has acted in films such as Sleepy Hollow, Calendar Girls, and HBO’s Boardwalk Empire. In this article we are going to talk about biography, career and films of Marc Pickering so read the full article here.

His account can be reached at @marcpickering on Twitter and has been followed by over 2.2K people. He is very active on the platform and says “Actor” and some links of his vimeo account on twitter bio.

Before playing opposite Helen Mirren and Julie Walters in Calendar Girls in 2003, Pickering was in Bugsy Malone, as the Artful Dodger in Oliver Twist, and in The Long and the Short and the Tall on several London stages. He later returned to the stage in The Elephant Man as Joseph Merrick. To urge the audience to see Merrick’s struggle and emotions, no prosthetics were used in the performance.

Pickering’s most notable television appearance was as R Wayne in Peter Kay’s 2008 talent show parody Britain’s Got the Pop Factor…, in which he sang and danced. Marc Pickering also starred as Montparnasse in Tom Hooper’s 2012 remake of the beloved musical Les Misérables.

Pickering performed Abanazar in Aladdin at the Milton Keynes Theatre from December 2015 to January 2016. He made his European debut in the rock musical The Toxic Avenger at the Southwark Playhouse in London in April and May 2016.

Marc Pickering was born in the East Riding of Yorkshire, in the city of Hull. When he was eight years old, he noticed an audition sign for The Sound of Music and told his father, “I wouldn’t mind doing that.”

Despite not getting the part, he was eager to participate and joined the National Youth Music Theatre. When he was 12, one of the theatre’s directors, Jeremy James Taylor, recommended him for the role of Young Masbath in Tim Burton’s Sleepy Hollow. He went to South Hunsley Secondary School as well.

His films and TV series

Biography of actor Marc Pickering will be incomplete without talking about his films and TV series so let’s dive into it. He is talented actor and worked in many films and series but here we discuss few of them.

Boardwalk Empire is a Terence Winter-created period criminal drama television series that airs on HBO’s premium cable channel. The series stars Steve Buscemi as Nucky Thompson and is set mostly in Atlantic City, New Jersey, during the Prohibition era of the 1920s.

The show was created by Winter, a Primetime Emmy Award-winning screenwriter and producer, and was inspired by Nelson Johnson’s non-fiction book Boardwalk Empire: The Birth, High Times, and Corruption of Atlantic City, about the historical criminal kingpin Enoch L. Johnson, which was published in 2002.

Calendar Girls is a British comedy film directed by Nigel Cole and released in 2003. It is based on a true story of a group of middle-aged Yorkshire women who produced a nude calendar to raise money for Leukaemia Research under the auspices of the Women’s Institutes in April 1999 after the husband of one of their members died of cancer.

The storey follows police constable Ichabod Crane (Depp), who is dispatched from New York City to Sleepy Hollow to investigate a series of murders committed by the mysterious Headless Horseman. This was the biography article of English actor Marc Pickering and we can learn so many great things from his life and we hope that you enjoyed this article too. Please follow us for more news and updates on twitter : @tfiglobal