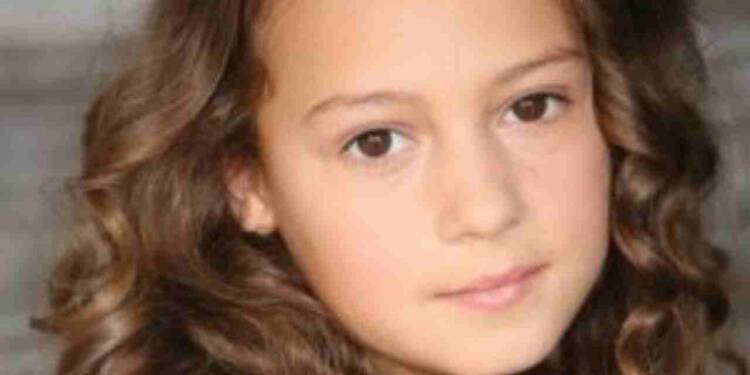 Nicolette Pierini is a child actress and performer from the United States. She rose to prominence after starring opposite Morgan Freeman in The Magic of Belle Isle (2012), and she is most remembered for her portrayal as Mia Putnam in the 2014 film adaptation of the musical Annie. In this article we are going to talk about biography, career, notable works and family of Nicolette Pierini so read the full article here. She was born on December 30, 2003 in Long Island, New York.

After assisting her sister Marisa with school plays, she was encouraged to pursue a career as an actress.

She and her brother Anthony would collaborate by acting as the other characters in play scripts and playing improv games with her.

Pierini played Nicolette in an episode of the IFC comedy Z Rock when she was four years old. She started taking improv, singing, and dancing lessons when she was seven years old.

Anthony Pierini, Pierini’s brother, is a Broadway actor who has appeared as an alternate in the performances of Mary Poppins from 2012–13, Les Misérables’ 25th anniversary national tour from 2011–12, and Big Fish in 2013.

Nicolette Pierini started her acting career as a child performer in short independent films and commercials. She was the announcer for Nick Play Date, Nickelodeon’s 2009-2014 rebranding of the Nick Jr. block due to Nick Jr. being a 24-hour channel, from 2009 to 2011. She announced that interstitials and drawing galleries would be coming up next. She made her first appearances in major productions in 2012, including a recurring role on the drama Made in Jersey and various roles in the hidden camera show Primetime: What Would You Do?

Nicolette Pierini starred alongside Morgan Freeman in the film The Magic of Belle Isle the next year, in which she played Flora. Pierini made guest appearances in episodes of Law & Order: Special Victims Unit, Golden Boy, and Blue Bloods in 2013, as well as the Joey Dedio film Tio Papi.

Pierini was cast in the 2014 remake of the musical Annie alongside Jamie Foxx, Quvenzhané Wallis, and Cameron Diaz in September 2013.

Pierini was cast in the role after five rounds of auditions. Pierini sang three songs for the film’s soundtrack: “Maybe,” “It’s the Hard Knock Life,” and back-up vocals in the reprise of “Tomorrow.” Nicolette Pierini  participated with the cast of Annie at the 2014 Macy’s Thanksgiving Day Parade and at the 2014 Kids’ Choice Awards while promoting the film.

Nicolette Pierini is a young actress and performer from the United States. She rose to prominence after starring opposite Morgan Freeman in The Magic of Belle Isle (2012), and she is most remembered for her portrayal as Mia Putnam in the 2014 film adaptation of the musical Annie.

Pierini’s big break came when she was cast opposite Morgan Freeman and Virginia Madsen in Rob Reiner’s The Magic of Belle Isle. She has been in a number of films and television shows since then. We hope this biography article of actress Nicolette Pierini will be helpful for you to understand her journey and works.