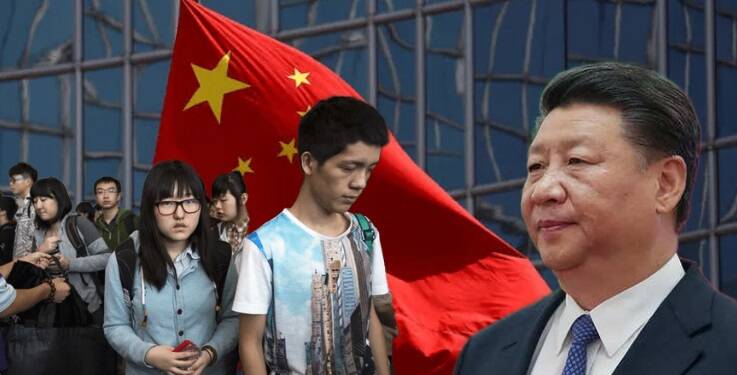 It is no hidden story that the Chinese people have been paying for the vices of the Chinese Communist Party and Xi Jinping. While governments all over the world have tried to minimise the prejudice that these people have to face, the actions of Xi Jinping and his entourage proves otherwise.

China had enjoyed good relations with both Russia and Ukraine. It has leveraged the Russian military might counter the international condemnation for its human rights abuses, gifting pandemic to the world, among other things; at the same time, used Ukraine to copy all the Soviet-era advanced military tech.

Now Beijing is trying to cater to the West while not trying to anger Russia. While the policymakers in Beijing might think it is the best approach, this has earned the anger of the Ukrainian people.  As per reports, the stranded Chinese citizen said that Ukrainian militias’ gunfire chased the Chinese in Kyiv.

Chinese citizens hiding their nationality from the Ukrainian military

The Chinese Embassy in Ukraine had earlier stated that it would organise charter planes for Chinese nationals in its bid to evacuate them out of Ukraine. However, implementing the charter flight evacuation option on and after February 27 became all but impossible. Before that, on the afternoon of Feb. 26, the Chinese Embassy in Ukraine broadcasted a 10-minute video and text message from the Chinese Ambassador to Ukraine, Fan Xianrong, to debunk accusations that he had fled and failed to assist Chinese citizens who were trapped.

While these developments are disheartening for common Chinese people, a more dramatic event is that, following Russia’s major invasion of Ukraine, the Chinese embassy in Ukraine encouraged Chinese nationals travelling great distances to fly the Chinese flag to protect themselves from attacks. This was considered viable as Beijing has sported good relations with its Ukrainian counterparts.

However, in the early morning of Feb. 26, the Chinese embassy in Ukraine posted an emergency alert on the WeChat public account, advising Chinese citizens to stop displaying stickers of the Chinese flag and other “identifying signs.” The reason, according to the Chinese VOA, is that Chinese students studying in Ukraine sent several videos.

They also indicate that a big number of mainland pinkies praised Russia online, calling for more Ukrainians to be killed. Not only this but insulting Ukrainian women by claiming they could take in and host Ukrainian beauty was among other things. The Ukrainian media reported these insulting remarks which led to increased anger against the Chinese people stranded in Ukraine.

These developments are not isolated but are built upon a larger betrayal that Ukrainians feel. After its secession from the Soviet Union, Ukraine may have thought that keeping a Communist China, that had a strategic understanding with the US on its side will deter any possible Russian threat. However, even after providing all the technological know-how, China has shown why nobody should trust the Communist regime. There were reports that Xi Jinping had asked Russian President Vladimir Putin to not invade Ukraine but turns out the dialogue never occurred.

Read more: Not Germany, not France: The biggest stab in the back for Ukraine has come from China

The fact that China did not even try to make a case for not invading Ukraine was shocking for Kyiv in itself. But, according to reports, senior Chinese officials requested senior Russian officials to postpone the invasion of Ukraine after the end of the Winter Olympics in Beijing.

Because of its selfish interests, China has forgotten the magnitude of help that Ukraine has provided in the advancement of its weapons industry. All the ICBMs among other weaponry that Beijing boasts have an origin in Ukraine. However, the abject betrayal that China has committed, coupled with the crass comments made by Beijing’s keyboard warriors has put Chinese citizens stranded in Ukraine in a fix. The situation is so bad that Beijing is advising its stranded citizen to hide their nationality from the Ukrainian military.