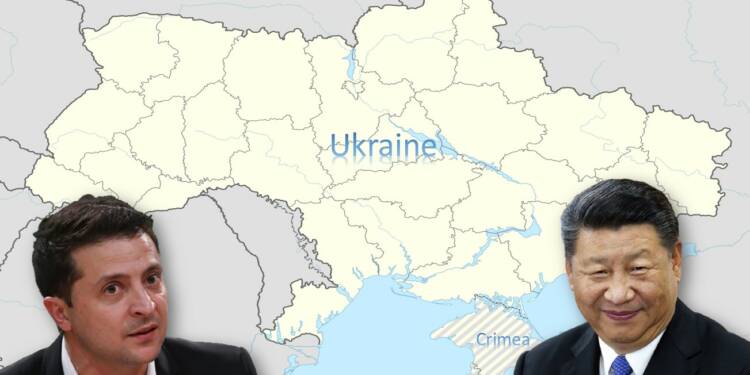 The temperatures in Eastern Europe are heating up, and the military movement in the region has increased manifold. In such a situation, the whole geopolitical community is blaming Germany and France for not standing up to Russia and fighting on the side of Ukraine. However, the biggest backstab has come from an unlikely country, China. Beijing has been the biggest beneficiary of the Soviet technology that Ukraine transferred after it seceded from the Communist bloc.

After its secession from the Soviet Union, Ukraine may have thought that keeping a Communist China, that had a strategic understanding with the US, on its side will deter any possible Russian threat. However, even after providing all the technological know-how, China has shown why nobody should trust the Communist regime. There were reports that Xi Jinping had asked Russian President Vladimir Putin to not invade Ukraine but turns out the dialogue never occurred.

According to China’s embassy in Russia, a Bloomberg report that Chinese President Xi Jinping purportedly begged Russia not to invade Ukraine during the Olympic Games in Beijing is a fabrication and provocation.

Also read: The Ukraine situation has forced France to take some harsh steps, and it will have global repercussions

Even though Ukraine gave up its nuclear weapons in 1994, numerous scientists and design bureaus in the nation still retain the know-how to make key components of strategic weapons. China has shown a special interest in this information, enlisting Ukrainian assistance in the development of their first phased-array radar system. Chinese poaching of Ukrainian aerospace, tank, and naval engineers is a widespread occurrence, with Valerii Babich, the designer of the Varyag aircraft carrier, being one of the most notable examples.

There are even reports of “Ukraine towns” being established in several Chinese cities as a result of the enormous number of foreigners hired by Chinese companies. In the 2000s, Ukrainian and Russian companies even sold Kh-55 nuclear cruise missiles to China (without the warheads) from Ukrainian stockpiles. However, even after all this support, Ukrainians have been backstabbed by the Chinese Communist Party.

This isn’t the first time Ukraine’s ICBM know-how has been considered for export. Ukraine’s Yuzhnoye Design Bureau, situated in Dnipro, was accused of supplying North Korea with rocket engines in the fall of 2017. While Ukrainian media has refuted this claim, there was a documented case of Yuzhnoye employees selling RS-20 (SS-18 “Satan”) missile blueprints to Chinese missile engineers.

Given the various channels via which rocket and missile technology flow from Ukraine to China, it’s possible to conclude that Ukraine has aided China’s ballistic missile development significantly. While the new generation of Chinese missiles may not be exact replicas of those developed by Ukraine decades ago, the ongoing flow of Ukrainian state secrets about missiles, the immigration of Ukrainian engineers and scientists, and the cooperation between Ukraine and China on civilian rockets have all led to a situation in which modern Chinese ICBMs are likely to incorporate Ukrainian know-how in some way.

Xi may believe Taiwan is heading in a route that is destructive to China’s national interests, much like Ukraine has drifted further away from Moscow’s orbit. Tsai Ing-wen, Taiwan’s independent-minded president, has worked to minimise the island’s economic dependency on China and enhance connections with the United States and other countries. Washington, too, has been looking for ways to strengthen ties.

Officially, the United States continues to adhere to a “one China” policy and does not recognise the Taipei administration. However, it’s easy to see why Xi may believe otherwise. In 2020, the Trump administration dispatched a Cabinet member to Taipei, the highest-ranking American official to visit the island in more than four decades. As if Taiwan were any other country, Biden invited it to his Democracy Summit in December.

Because of its own interests, China has forgotten the magnitude of help that the Ukrainians have provided them and instead of doing their bidding, Beijing has denied any such developments. The embassy added that China’s position on the Ukrainian issue is consistent and clear. “The Chinese side advocates resolving differences by means of dialogue and consultations in the framework of the Minsk agreements,” the Chinese diplomatic mission said.

While every western publication is leaving no opportunity to blame Germany and France, the biggest betrayal has come from Communist China and Xi Jinping.