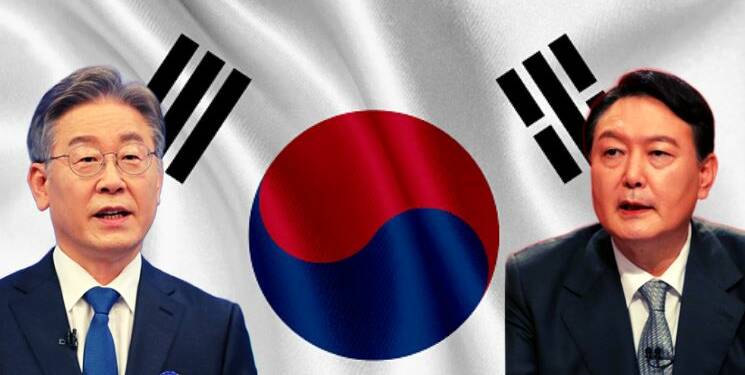 In a recent blow to the re-election ambition of the ruling Democratic Party of South Korea, one of the opposition presidential candidates has now dropped out of the presidential election race and has backed the rival Yoon Suk-yeol of the People Power Party.

Announcing the merger, Dr Ahn Cheol said, “We have no doubt that today’s announcement would bring a perfect government change”. He added, “We’re one team”.

Also Read: South Korea is set to see a right-wing government and for all the right reasons

The effect of this opposition merger on the ruling Democratic Party

The merger of two of the leading opposition presidential candidates has shake-up the political scene in the country less than a week before Wednesday’s election. This is truly bad news for Lee Jae-myung, representing current President Moon Jae-in’s Democratic Party. President Moon is barred by term limits from seeking re-election.

The increase in Moon’s chance of winning the upcoming elections

Yoon has been a sharp critic of the current Moon administration. He has promised to stamp out corruption, foster justice and create a more level playing field while seeking a “reset” with China and a tougher stance toward North Korea.

Yoon has also said that if he wins the elections, he will buy more THAAD missile defence systems from the US and will deploy them to defend the country against Chinese and North Korean aggression. He has also said that he will take steps to establish an equal stature-based South Korea-China relations and will try to reset and improve testy diplomatic ties with the dragon.

The coming together of the opposition in South Korea

The right-wing in South Korea has finally started coming together to defeat the ruling Democratic Party and President Moon. President Moon and his administration have been advocating for CCP’s agendas and interests above everything else. According to the moon administration, China is South Korea’s biggest trading partner and is the only mediator who can alleviate the bickering tensions between the two neighbouring countries of North and South Korea.

It seems that the opposition of South Korea has now realized that if the Democratic Party returns to power with Lee Jae-myung as the next president, it would be disastrous for the Korean nation. They will completely become a China dove and extensively push the CCP agenda in the country.

The recent coalition in the right-wing opposition parties is a signal that the only way to save the country from the Chinese claws is to stop the Democratic Party from returning to power. And by backing Yoon (the strongest presidential candidate), South Korean opposition has dashed the re-election ambitions of the ruling party.