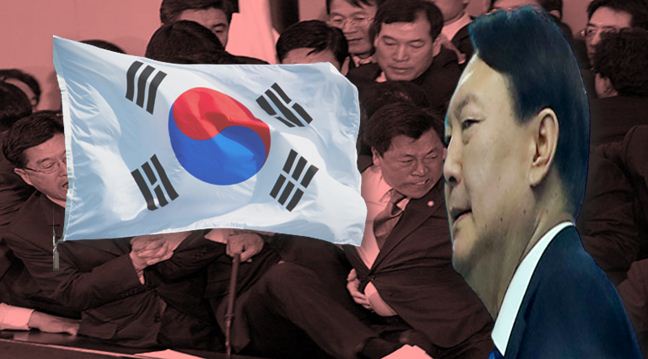 The current government of South Korea has always shown a soft stance towards China. President Moon Jae-in, in his first 59 months in office, has acted as a Chinese dove. He and his administration have been advocating for CCP’s agendas and interests above everything else. According to the moon administration, China is South Korea’s biggest trading partner and is the only mediator who can alleviate the bickering tensions between the two neighbouring countries.

Kim Sung-han, the foreign policy advisor to South Korea’s leading opposition presidential candidate recently gave his first interview to the foreign media. In the interview, he said that if Yoon Suk-yeol wins the presidential election, the foremost important decision he will take is to buy an additional THAAD missile system from the US. According to him, Yoon Suk-yeol doesn’t fear any economic retaliation from China and thinks that his decision will provide a chance to “reset” testy and unequal diplomatic ties with China.

Also Read: China dove for 59 months and China hawk in the last month; Dear Moon Jae-in, your time is up


The Moon administration has been very lenient towards China in its policy and decisions. It always prefers and promotes trade with China, supports investments, last year, Moon had stated, “Relations with China are also very important. China’s cooperation is also crucial for promoting peace on the Korean peninsula.” Furthermore, South Korea’s “New Northern Policy” is also all about promoting trade and connectivity between South Korea and China.

The Belt and Road Initiative (BRI) is perceived as a golden opportunity by the Moon administration despite Korea’s allies terming it as a “debt-trap tool” of China.

Just days after the Biden administration publicly humiliated Taiwan’s Digital Minister in the Democracy summit, the Moon administration reversed the conference invitation over “cross-Strait issues”. The word, which alludes to the Taiwan Strait, is often used in diplomacy to describe ties between Taipei and Beijing, which considers the island to be its territory, and intends to seize it one day if necessary, by force.

Tang Feng, Taiwan’s Digital Minister, was asked to speak at a technology revolution conference sponsored by South Korea’s presidential committee on the Fourth Industrial Revolution in Seoul. Tang’s invitation, however, was later cancelled. Also, the Moon administration’s decisions like pushing a tourist-focused “Chinatown” in South Korea’s eastern Gangwon province prove that President Moon is truly a poodle of Xi Jinping.

There has been growing anti-China sentiments across the country of South Korea. The local people now are totally against the Moon government’s pro-China stance and policies and want the government to act in response to China’s aggressive and threatening actions.

The recent Beijing Olympics controversy where South Korea accused China of ‘appropriating Korean culture’ has also resulted in the rise of anti-China sentiments and narratives among the South Koreans.

Also, according to many recent surveys, the South Korean people have started supporting the nuclearization of the country’s military. More people are now in support of nuclear weapons than they were ever before. They have also started demanding more aggressive defence and border policy to move against an aggressive China and North Korea.

The nationalistic plans of Yoon Suk-yeol

Yoon is the opposition Party’s candidate to run in the Mar 9 election and is leading a tight race against Lee Jae-myung from outgoing President Moon Jae-in’s party.

He has been a harsh critic of the policies and decisions of the Moon administration. The opposition has criticized Moon’s promises of the so-called three NO’s – no additional THAAD deployments, no participation in a US-led global missile shield, and no creation of a trilateral military alliance involving Japan which was brought in as a bid to appease China and normalize relations.

According to Kim Sung-han, Yoon, who is a former prosecutor-general, seeks to not only scrap those promises but also purchase a new THAAD interceptor battery to deploy near Seoul, together with the existing six sets at the southeastern airbase of Seongju. He said, “The economic retaliation continues even now in some areas, but to us, it’s a matter of life and death, and China does not seem to fully understand that”.

He also said that North Korea is likely to resume weapons testing, but his team aims to devise a roadmap with significant and swift benefits for Pyongyang if it takes concrete actions to denuclearize.

Another THAAD installation, which Kim estimated to cost up to 1.5 trillion won (US$1.26 billion), may well bring a fresh bout of economic retaliation from China. But that would be a key element in relations that must be “corrected” after Moon had turned a blind eye to improve inter-Korean ties with Beijing’s help, he said.

He further added, “More candid efforts should have been made to promote mutual respect, not just be a nice neighbour. Unless China’s misunderstandings about THAAD aren’t resolved, the relationship would remain superficial and that limits solid cooperation”.

The Moon administration through its actions has shown that they are more loyal towards CCP and Xi Jinping than to their people and allies. Now, just before this year’s presidential elections, the leading opposition presidential candidate Yoon Suk-yeol seems all set to form a right-wing government by winning the upcoming elections. He also seems determined to reverse the pro-China policies of the Moon government and teach CCP a lesson of a lifetime.

Biden decides to turn Alaska into an impoverished icy hell