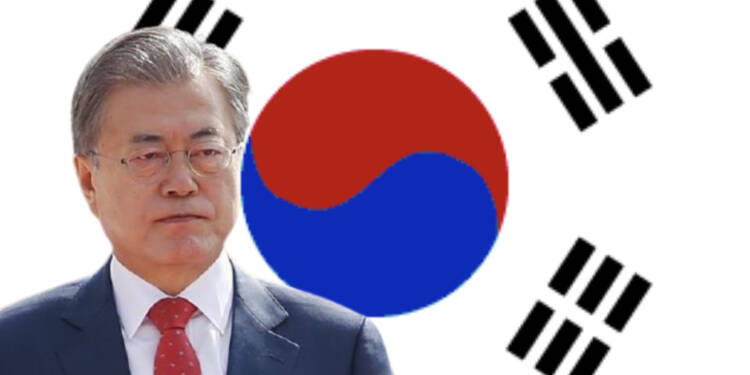 North Korea is going hypersonic. At least, that is what North Korea is claiming. Hypersonic weapons are indeed deadlier and more advanced than conventional ballistic missiles. They can fly fast and manoeuvre in ways that make them extremely difficult to detect and destroy. So, the North Korean menace is growing at an alarming pace for the neighbour in the south—South Korea.

South Korea is indeed running out of time. Its policy to counter the nuclear threat has been to seek denuclearization of the Korean Peninsula. The US has also pursued this policy, although with absolutely no success.

North Korea’s nuclear program and now its hypersonic program, facilitated by covert aid from China, have only got strengthened. Frankly speaking, the denuclearization policy is fast turning obsolete for South Korea. And alarmingly, South Korea has only a few options remaining on the table now. One of them is going nuclear itself.

South Korea’s interest in nuclear weapons is not scarce. The nation housed the US’ nuclear weapons during the cold war till 1991. When the North conducted its first nuclear test in 2006, South Korea saw it as an existential threat and pressed the US and China to denuclearize the Korean Peninsula. But that was not all.

Now, a leaked report, as reported by thebulletin.org, reveals that South Korea has been covertly seeking to develop the technology to separate plutonium from spent fuel. Interestingly, two US Energy Department nuclear laboratories, Argonne National Laboratory and the Idaho National Laboratory, have encouraged that interest because of their own interests in plutonium separation.

Back in the 1960s and 1970s, plutonium was touted as a major fuel for civilian nuclear programs. And that was when the US itself encouraged its separation from spent fuel. It was a time when the United States Atomic Energy Commission (AEC) would say that “uranium-efficient liquid-sodium-cooled, plutonium-fuelled breeder reactors would soon take over from conventional water-cooled reactors”.

In 1974, however, the AEC got a big setback when India apparently used the separated plutonium to test its nuclear weapons. India reminded the world that plutonium was a dual-use commodity. India’s shocker prompted the US to upend its plutonium separation programs.

But under the George W. Bush administration post-2001, Argonne National Laboratory intensely lobbied the government to resuscitate its plutonium separation program. Argonne claimed plutonium churned out from separating plutonium from spent fuel or “pyroprocessing” was impure and unsuitable for making nuclear weapons. On that basis, Argonne and INL were allowed to launch collaboration on pyroprocessing research and development with Korea.

Also read: A massive South Korean Chip plant is coming up in China. Know the politics behind it

However, the resistance to pyroprocessing remerged after the end of the Bush administration. Non-proliferation experts from six US national laboratories, including Argonne and INL, concluded that pyroprocessing is not significantly more proliferation-resistant than conventional reprocessing. That sparked an intense battle between the USA’s Obama administration and South Korea’s Park Guen-hye government.

The two governments were struggling over hammering out an agreement over a new US-Republic of Korea Agreement of Cooperation on the Peaceful Uses of Nuclear Energy. The new agreement was required to replace the existing agreement, which was due to expire in 2014. However, South Korea was adamant about demanding the same right to reprocess that the Reagan administration had granted Japan in 1987.

Ultimately, the two countries agreed to kick the issue down the road to 2021 when a joint 10-year INL-Argonne-Korean Atomic Energy Research Institute study on the technical and economic “feasibility” and the nonproliferation “acceptability” of pyroprocessing was due to be completed.

Meanwhile, the leaked report also shows that the concerns related to pyroprocessing during the joint US-Korea collaboration program were deliberately ignored, which would have put Korea on the threshold of developing nuclear weapons.

Although South Korea still faces a rocky path to materialise its nuclear ambitions. For instance, the country’s president’s tenure is limited to a single five-year long term, and this prevents leaders from implementing long-term nuclear policies. For instance, current President Moon Jae-in is set to step down this year, leaving the country’s nuclear policy hanging in balance. Similar concerns emerge on the US side too, where a change in administration bears a huge impact on the country’s policy towards North Korea and China.

However, steering nuclear policy towards realizing the country’s nuclear ambitions won’t be as difficult for the upcoming administration since 70% of the population already support the idea of their nation going nuclear. Due to the burgeoning China threat, South Korea’s nuclear program may face less resistance from the nations like India, Australia and the US. This may prove enough to water down any international resistance. This also means that China’s rampant aggression is fuelling an arms race in the Indo-Pacific region, which will only intensify if South Korea gets its hands on nuclear weapons in this decade.