Biden decides to turn Alaska into an impoverished icy hell 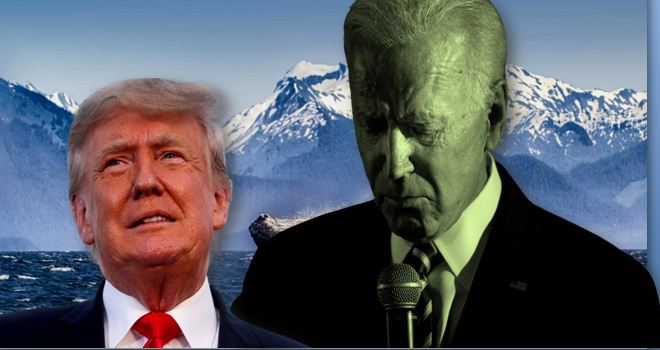 It is a glaring fact that Biden’s foreign as well as domestic policies are no match to Trump. Trump made meticulous foreign policy decisions like Abraham Accord but was also efficacious when it came to domestic policy. During the Trump era, the US saw a rise in jobs and employment as more and more investment came into the US.

The Trump administration approved to build the mining road in Alaska that would cut through indigenous land and alter one of the last untouched wildernesses in the US. The construction of the Ambler Road in northwest Alaska was permitted under Trump over the objections from some native American groups, allowing the laying of 211 miles of road through the traditional homelands of the Koyukon, Tanana Athabascans and Inupiat peoples.

The Biden administration, in its latest attempt to reverse all the acclaimed decisions done by Trump, has halted the plans and approvals for the project and has asked the federal court to send back the permit approvals of the project to the Interior Department for further analysis of its environmental impacts.

The 211-mile road, if completed, would provide access to the Ambler Mining District in northwest Alaska. It would be essential in accessing valuable deposits found in the area, including copper, cobalt, zinc, silver and gold. The road was approved in July 2020.

The department of interior has now asked a federal court in Alaska to send the permit back to the department as there are “significant deficiencies” in the decision-making that led to the approval. The department said it would conduct a new environmental analysis to determine the impact of the road, which critics said will disturb pristine tundra, rivers and wildlife.

Murkowski noted in the statement that the Biden administration had announced plans earlier aimed at bolstering U.S. development and processing of key minerals used in electric cars and other energy applications. She added that “It’s stunning: on the very same day the President attempted to tout ‘progress’ on mineral development, his administration backtracked and set back this crucial project, which will enable Alaska to responsibly produce a range of needed minerals”.

At a time, when the US truly needs to decouple itself from the Chinese controlled global supply chain of minerals and raw materials, the Biden administration is pushing this mining road project towards cancellation. It should have been the other way round. US need to do more domestic exploration and mining so that it can decrease its dependency on China. For better accessibility to mines and reserves situated in the geographically harsh and challenging state of Alaska, the US needs to build more roads and other connectivity projects. Alaska is an extremely mineral and raw material rich place. It has the potential to become a major mineral and raw material hub for the US.

Biden administration’s plans to cancel the project will adversely affect the local population as they will suffer from a lack of jobs, employment and connectivity. It seems that Biden wants to keep the US dependent on China by turning Alaska into an impoverished icy hell.

The immediate effect of the Russia-Ukraine pseudo war is here: US, Europe and China scramble for gas