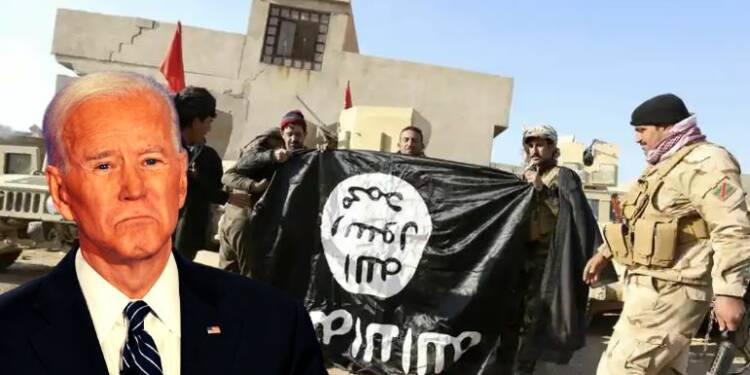 In the case of the current Russian invasion of Ukraine, NATO has outright claimed that it will not get directly involved. But, when it comes to logistical and weapon support, they have been overtly providing that. Now, as the Ukrainian President is requesting foreign citizens to volunteer for the Ukrainian cause, there are claims that Daesh terrorists may be transferred to Ukraine to fight Russia.

Syria’s deputy foreign minister, Bashar Jaafari, stated in an interview with Russia’s Sputnik News published on March 1 that the US could move Daesh and other terrorists to Ukraine to fight the Russians. Jaafari stated he wouldn’t be surprised to see terrorists from Northern Syria fighting in Ukraine based on his previous experiences. The Minister accused the West of being ready to do the same in Ukraine, citing the appearance of Syrian mercenaries in Libya and other nations.

“Based on the analysis, we can say that this is quite possibly true. We, as a state, have evidence that the US military in Syria is transferring terrorists from one place to another, especially members of the IS and Jabhat Al-Nusra,” Jaafari told Sputnik. “So one should not be surprised, and we do not exclude, that tomorrow IS terrorists will be sent to Ukraine,” Jaafari added.

He claimed that the United States had moved terrorists from Syria to Afghanistan and Burkina Faso and that the use of mercenaries was a longstanding US practice. We already know that it becomes more pronounced under the democrats and their establishment led agendas. This is becoming more probable by the day, given the fact that Ukraine is not able to hold on any longer.

Zelensky admits that Ukraine is losing the war

In the West, there was a false sense of hope about the Ukrainians making a return. With his current words, however, Zelensky has effectively concluded the debate about the Russia-Ukraine conflict. The Ukrainian President accepted the US and other Western governments’ sanctions against Russia. He referred to them as a “good start.” “The world started making decisions too late,” Zelensky said at the same time.

Since the beginning of the Russian military invasion, Ukraine has asked NATO to impose a no-fly zone in Ukrainian skies. NATO members, on the other hand, refused to accept Ukraine’s proposal. Strikes on Russian and Belarusian territory would have been necessary to establish a no-fly zone. Any such act of aggression by NATO may have escalated tensions with Russia, and NATO did not want that to happen.

Following pleas for assistance from the breakaway region of Donbas, Russia initiated a military intervention in Ukraine at the end of February. The Russian Defense Ministry has stated that the operation is primarily aimed at Ukraine’s military infrastructure and that civilians are not at risk. Moscow claims it has no plans to invade Ukraine and that the goal of its operation is to protect civilians from genocide and liberate the Donetsk and Lugansk People’s Republics (DPR and LPR), including by demilitarising and denazifying the country.

The latest developments indicate that the war will finish soon with Ukraine’s loss. Zelensky is discussing how Western military aid arrived a little too late, and Ukrainian authorities appear to be fostering concerns of a possible threat to Zelensky’s life. With the building up of the sentiments of absolute end-game, the possibility of Syrian claims regarding Daesh terrorists entering from the side of Ukraine to fight against Russia may soon become a reality.

Chinese insurers could go bankrupt due to the Russia-Ukraine war