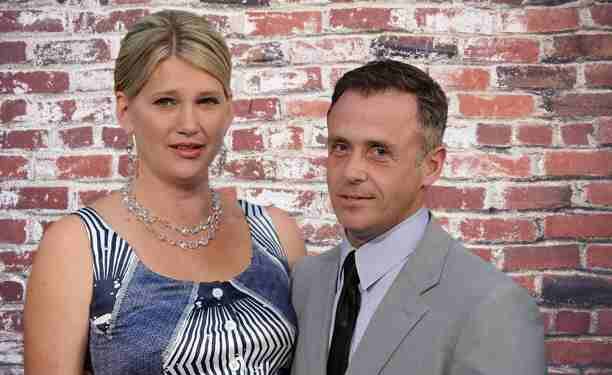 She is not very popular on twitter and has been followed by only over 5k people. Her account on twitter can be reached at @snugasbug and introduces herself as “Just your average mom who is married to that nut ball David Eigenberg, veteran, and obviously a Democrat. My views are my own… take or leave em….” on twitter.

How did Chrysti and David Eigenberg meet?

According to The Day, David and Chrysti Eigenberg met shortly after 9/11 in Virginia at an army installation where Chrysti was stationed at the time. In an interview with the journal in October 2021, the actor remembered falling in love with her right away.

“It just smacked me in the gut,” he said, adding that he’d never had anything like it before. Meeting her provided the impetus he needed to turn his attention away from himself and “commit to being engaged with somebody else.” The “Garfield” actor proposed to Chrysti just a few months after they started dating, and the two married in Manhattan’s Russian Samovar in 2002.

They also have two children together, Louie Steven (born in 2009) and Myrna Belle (born in 2014). Despite his rigorous acting profession, David is a huge family man who enjoys spending time with his wife and children, as proven by his Instagram images.

The family vacationed at a tropical beach resort in Turks and Caicos in one of their 2014 posts. With the simple caption “Super cool,” David posted a photo of his son looking out over the ocean. He also uses Twitter to keep his followers up to date on his family’s activities, including one endearing tweet in October 2021 that detailed every Halloween costume Myrna has ever worn.

David Eigenberg (born May 17, 1964) is an actor from the United States. He is best recognised for his appearances as Lieutenant Christopher Herrmann on NBC’s Chicago Fire and as Steve Brady on HBO’s Sex and the City.

Eigenberg was born on Long Island in Manhasset, New York, and raised in Naperville, Illinois, as the only male in a family of six.

He has two sisters: Helen, his older sister, and Betsy, his younger sister.

Beverly, his mother, owned pre-schools, and Harry, his father, was a certified public accountant.

Eigenberg was raised in his mother’s faith, as his father was Jewish and his mother was Episcopalian.

Eigenberg enrolled in the United States Marine Corps Reserve after graduating from high school in 1982, serving for three years (1982–1986) and being honorably discharged at the rank of Lance Corporal.

Before playing in The Practice, Eigenberg had a recurring part on Homicide: Life on the Street, in which he played a copycat sniper. In Garfield: The Movie, he voiced the character Nermal. He appeared in one episode of ER during the final season of the show, as well as in the movie Daybreak. In the episode “Flash Photography” of the American television sitcom The King of Queens, he played the groom of Carrie’s bothersome friend. We hope this biography article of Chrysti Eigenberg will be helpful for you to understand her journey and works.