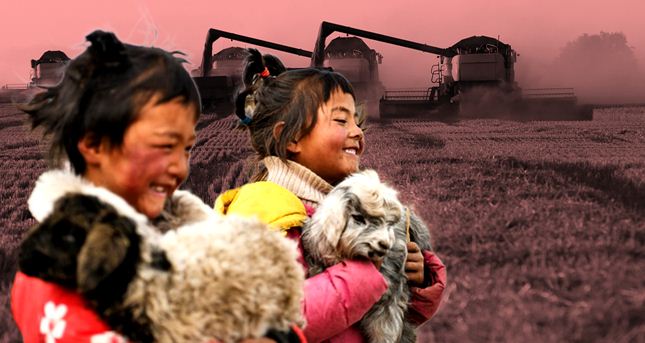 Food security is a problem in penury-stricken, low-income countries. Well, It is an even bigger problem in a middle-income country like China. And we are getting to know of China’s woes only for the sudden war that sprouted out in eastern Europe that has two prolific wheat producers going head on head against each other.

Chinese Minister of Agriculture and Rural Affairs Tang Renjian has himself spilled the beans on China’s wheat shortage woes. He said that a rare heavy rainfall last year delayed the plantation of one-third of the normal wheat acreage. The Minister also said that the Winter wheat crop could be the “worst in history”.

Tang further revealed that a survey before the onset of winter gave the amount of first- and the second-grade crop had declined by over 20 percentage points. He added, “Not long ago we went to the grassroots to do a survey and many farming experts and technicians told us that crop conditions this year could be the worst in history.”

The Minister also said, “This year’s grain production indeed faces huge difficulties.” This is not a good sign for China, the world’s largest wheat consumer.

Tang’s comments are quite significant, especially because they come at a time when Russia and Ukraine are fighting a war with each other. Russia and Ukraine are amongst the world’s biggest wheat producers. Together, the two countries account for about 29% of global wheat exports. Wheat supplies to China are therefore at risk of getting disrupted.

In fact, following the Ukraine crisis, the wheat crisis has started soaring in China. They have already hit a record high on account of sheer panic regarding domestic wheat supplies.

In its report, China’s State planner National Development and Reform Commission (NDRC) claimed that there were consecutive good harvests in the country. Yet, it flagged tight grain supplies which further instils panic in the Chinese grain sector.

How old is China’s wheat crisis?

China on a usual basis relies on scant and delayed information about all its crises. And the wheat crisis marks no exception. The Chinese authorities claim that the wheat crisis started after a phase of unusually heavy rainfall last year. However, a report from June 2021 suggests otherwise. ABC News had pointed out that independent analysts who reported on China’s grains industry were arrested and their online businesses shut down by the CCP. This was an apparent attempt by the Chinese government to censor reporting on the country’s below-average crop.

The crackdown seems to have started in April last year, and therefore the Chinese wheat crisis may be over a year old. Experts had then suggested that China was probably trying to allay domestic fears regarding grain supply. Grain analyst Nick Crundall had said, “They don’t want the whole world to know that they need grain and they are in a bit of strife so they very closely regulate the information that is released.”

For almost one year, China kept its wheat crisis buried under the carpet even as the country produced below-average crops due to Xi Jinping’s policies. However, after Putin’s war, China is staring right into a crippling food shortage crisis and is suddenly speaking up about the impending crisis. In any case, China seems all set to go hungry despite being the second-largest economy in the world.